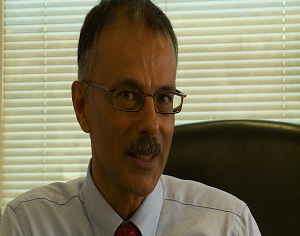 PNG needs to double up its efforts in disaster preparedness as the country heads into the onslaught of a prolonged El Nino period.

Speaking to EMTV today, UN Head of Mission and UN Humanitarian Coordinator, Roy Trivedy, says efforts are being made to ensure that PNG is more proactive as the country heads into what he describes as a slow oncoming natural disaster brought on by the El Nino.

Trivedy says the weather information they have predicts that PNG will feel the worst of the El Nino conditions in the first quarter of next year.

The impact of the El Nino is already being felt around the country.

Trivedy says the challenging aspect of El Nino will be that while other parts of PNG become dry, other places will have more rain than usual.

“People need to be prepared for a range of different ways in which their own communities will be impacted. It is not an easy message to get across, but we all know as leaders in our communities that we have to redouble our efforts, we have to be creative,” he said.

In terms of disaster preparedness in the country, Trivedy says, it is a work in progress that demands a lot of coordination and a system that is able to quickly respond to the needs of those affected.

He says there should also be awareness raised “to make sure people are doing everything in their power not to waste water, not to waste s.”

The UN is continuing to work closely with the National Disaster Office to build a more efficient responsive system.

“Some of our systems are not strong enough yet. Sometimes the way in which s are released, it takes time to convince people. Sometimes it’s very easy for people even when they can manage something themselves to look up and say we need s, so we need a lot of education work…. we need public servants who are really responsive to people and we need national, local and international systems working together….all of that is work in progress, it is never quite finished,” he said.