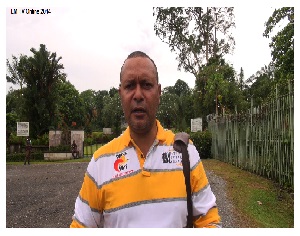 Deputy Opposition Leader, Sam Basil has called on politicians in the middle bench and the Opposition to treat the West Papua issue with caution.

His call comes after several politicians, including Oro Governor, Garry Juffa announced their support for the West Papua movement.

Basil says politicians must be aware that their actions may affect the country’s relationship with Indonesia.

While, West Papua continues to look towards the west for support; outspoken Papua New Guinean politicians have already pledged their support towards the cause.

Members in the Opposition and the middle bench have taken their stance, while the National Executive Council remains tight lipped.

Deputy Opposition Leader, Sam Basil has warned the back benches and members of the Opposition that their actions need to be prudent to avoid confrontations.

“It can cause war, confrontation and it can lead to many lives on our border being harassed or lost,” says Basil.

“My heart is with West Papua” he says.

He said the Prime Minister, Peter O’Neill needs to make a statement.

“The NEC cannot allow others to kick the issue around like a football,” says Basil.

He has called on the National Executive Council to make clear their intentions through diplomacy with Indonesia and take the issue to the United Nations to handle.

Sam Basil is concerned about the safety of Papua New Guineans along the border.

Last week, Oro Governor, Gary Juffa pledged his support toward West Papua’s freedom saying he will take a petition to parliament next month.