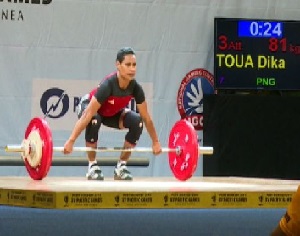 The Papua New Guinea Weightlifting Association has put in place some of their plans for the future of their athletes, especially for training and competition.

PNG Weightlifters will be competing in several events that include the upcoming Olympics and other weightlifting championships.

After impressive performances by the lifters at the recent XV Pacific Games, Weightlifting President Sir John Dawanincura, in a conference today, spoke about some of their plans.

In September this year, Sir John and his compatriots will be attending the Commonwealth Annual General Assembly, where new rules will be put in place for the qualification process of Weightlifting.

A high performance centre will be built at the Sir Hubert Murray Stadium, where the lifters can go to train.

With the many plans that have been put into place for the code and the athletes, they will also be placing a bid, later this year, to host the Commonwealth weightlifting championships here in Port Moresby, in October next year.