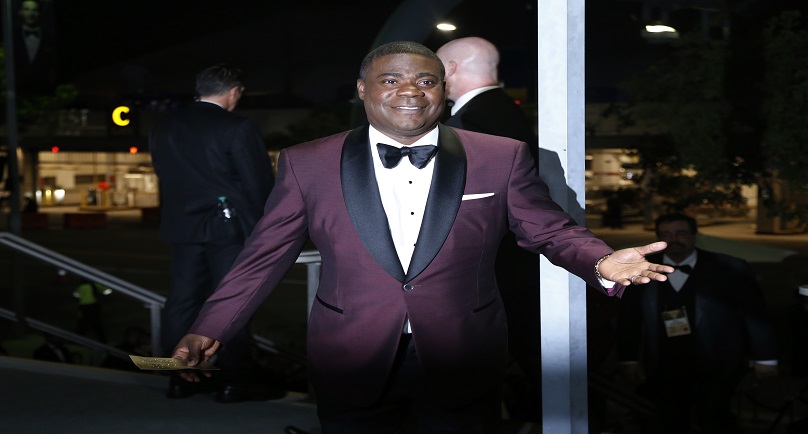 NEW YORK (Reuters) – Tracy Morgan returned to “Saturday Night Live” on Saturday to host the long-running comedy show on which he shot to fame, more than a year after he suffered near-fatal injuries in a deadly high-speed car accident.

Morgan, a “Saturday Night Live” cast member from 1999 to 2006 before he left to join “30 Rock,” the hit sitcom based on SNL, was joined by former co-stars including Tina Fey and Alec Baldwin, who returned to the NBC program in a show of support.

Morgan wasted no time in addressing his traumatic experience of June 2014, which killed his good friend, fellow comedian James McNair.

“It was awful,” Morgan said in his opening monologue, “but it also showed me how much love and support I have … and here I am.”

The joke came just as fast: “People are wondering, ‘can he speak? Does he have 100 percent mental capacity?’ But the truth is, I never did,” Morgan said, adding “I might actually be a few points higher now.”
He then launched into a sketch set at “30 Rock” when his character almost dies. Castmates Fey and Baldwin joined the bit.

The comedian suffered broken bones and a serious brain injury in a June 2014 highway accident in New Jersey that killed another passenger in the van, comedian “Jimmy Mack” McNair. A speeding Wal-mart truck driver who had been awake for 28 hours was held responsible for the accident.

In June Morgan, fighting back tears, said in a television interview he was yet 100 percent and wondered whether he could be funny again.

Lest there be any question about his ability to perform, Morgan appeared in nearly every sketch during the live show’s 90-minute broadcast, including a reprise of his one-time “Saturday Night Live” sketch, “Brian Fellow’s Safari Planet,” in which he plays a somewhat dim-witted, semi-hostile host of a nature program.

He also appeared in the weekly “Weekend Update” news segment and a “Family Feud” game show bit, and graced other sketches as a bar thug who just wants to tango with another man and as a singing astronaut on Mars, among others.

An emotional Morgan was joined on stage at the finale by his wife Megan Wollover and their baby daughter.

Morgan appeared at last month’s Emmy awards in his first live public appearance since the accident, receiving a standing ovation as he presented the award for best drama series.