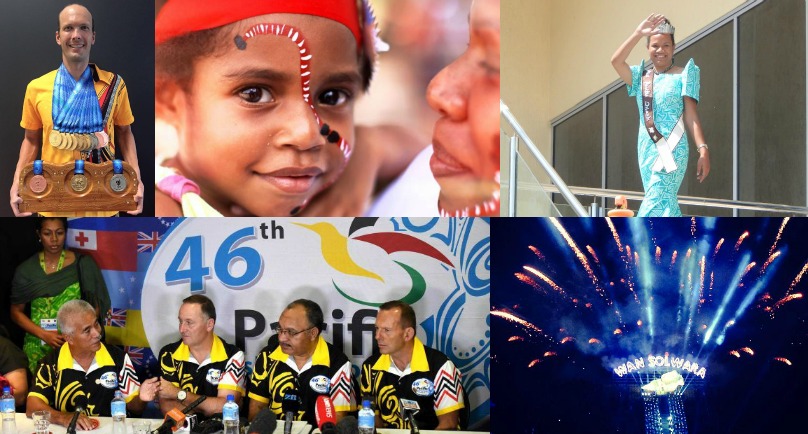 2015 has been a very eventful year for Papua New Guinea.

As we go through the final hours of 2015, let us look back to the top 5 significant events for PNG. From the 4th to 18th July, Papua New Guinea, in particular the nation’s capital Port Moresby came alive with the hosting of the XV Pacific Games; and I’m sure we all can agree that the opening ceremony was spectacular!

The games brought the country together, rallying behind their athletes and supporting fellow pacific island countries.

The icing on the cake was having Papua New Guinea top the medal tally.

The games was a true success and achieved its overall objective; international sporting cooperation, to make friends. The Forty-Sixth Pacific Islands Forum was held in Port Moresby, from 8-10 September 2015 and was attended by Heads of States of countries from all over the Pacific.

The forum to the delight of the many visitors and ambassadors was a success. The main discussions had met the leaders objectives and settled on a path forward for Pacific Island Nations to address issues concerning them; in particular the COP21 held in Paris, France.

For Papua New Guinea, being able to play host to such an event, and with the upcoming 2018 APEC meeting, it was an opportunity to showcase the level of hospitality it has. 40 years for PNG meant a many different things for the people of PNG; A year of change, development and progress for Papua New Guinea.

PNG first Prime Minister, Grand Chief Sir Michael Thomas Somare, told of his journey with other founding fathers on the road to Independence 40years ago.

As for various members of the public:

Current Prime Minister, Peter O’Neill, praised the functionality of the system of governance in PNG.

“Obviously it has held together for 40 years, we are proud of that,” he said.

“It has consistently elected its government through a democratic process…and I think Papua New Guinea has a bright future ahead of itself.” On 20th March 2015, Papua New Guinea was awarded the hosting rights of the tournament by the FIFA Executive Committee. Just when we thought the year of PNG success was wrapped up, PNG takes the title for the Miss Pacific Islands Pageant host in the Cook Islands.

PNG has the Queen of the Pacific! Miss Abigail Havora, has made such historical success in being crowned Miss Pacific Islands 2015.

In Papua New Guinea’s history of pageants. Eva Arni claimed the ‘Miss Asia’ title in 1975. After 40 years, Havora claimed the Miss Pacific Islands crown, with another historical win for the country.

Havora also took out the titles for Best Sarong and Best Talent in the pageant. Papua New Guinea first joined the pageant in 2010.

In its sixth year of participating, Havora has made history in being the first Miss Papua New Guinea to win the crown in the regional pageant.

Papua New Guineans showed pride and joy in Miss Havora’s win, declaring their joy in social media posts such as Facebook and Twitter. Congratulatory remarks were made from the nation’s leaders as well, as it was a win for the nation.

That sums up the top 5 significant events for PNG. As 2016 approaches, PNG can look forward to an exciting 2016, packed loaded with opportunities, progress and a bright future for the nation as a whole.

Launching of the Stoma Association of Papua New Guinea