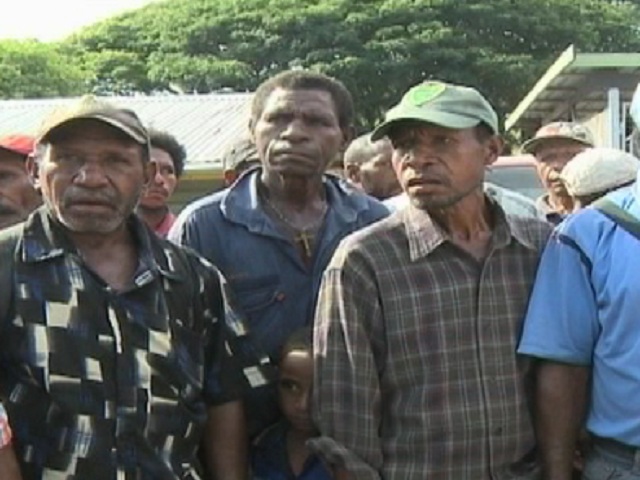 Staff fromthe Tolokuma Gold Mine claimed thatthe mine has lost four and a half million kina in ten days.

The governor’s office addressedthe crowd saying thatthe governor’s main concern is to see thatthe people do not continue to miss out onthe much needed services and goods.

The local member called for more cooperation. He also reiterated thatthe people have not benefited much fromthe mine over ten years.

Mr Mona said that he will be meeting with Prime Minister Peter O’Neill to discuss futher onthe Tolukuma issue. Amongst agendas isthe establishment of new development plan for the Tolukuma mine.

The Prime Minister will also be taken tothe mine site for a visit.