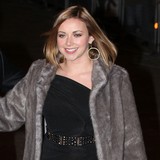 Latest news from Tolukuma Gold Mine indicates malpractice and a dictatorship management.

Concerned employees in a letter to EMTV News yesterday said since the change of ownership from Emperor Mines to Petromin PNG Holdings Limited operations have worsened.

Last week Thursday the landowners told the management of Petromin that they will not allow operations to continue due to lack of maintenance of mining equipment’s and also the lack of development and services provided for the locals.

A customary ceremony was hosted where a pig was killed, betelnut broken and a tanget presented to the delegates.

In a letter dated on the 23rd of June 2012, submitted to EMTV News today by concerned employees on site state that the since Petromin Holdings LTD took over from the previous owners, Emperor Mines LTD, the Mine had slowly started to deteriorate in its operation.

This resulted in a Dictator Mine Manager and that a small team of national & expert managers were appointed. They say all opposition that faced him was met with the full force of disciplinary action and termination of employment.

They revealed that along with the new Mine Manager came malpractices, misuse of offices and misappropriations.

Some allegations include the changing of the Transport Company from Heli Niugini to Macdermont, a business partner of the mine manager… and Bismarck Energy, a Hydro Power Station company was also contracted to take over, both, the Tolukuma Hydro Turbines and Diesel Generators Power Station. This they said they would then charge the Tolukuma Mine for the Power supplied from the Mine’s own Power Stations amongst others.

Meantime, Petromin Holdings Limited is yet to reply to this issue up at the camp site. It is understood operations is now on Maintenance and Care until such time when a good understanding is realized and met.

Among demands is for a new management company, Everest Limited to take over management but remain under Petromin Holdings.