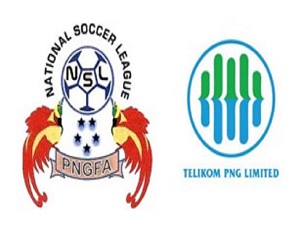 The 2015/16 season of the biggest football competition in the country, the National Soccer League (NSL), has been officially launched in front of franchise clubs and major sponsor, Telikom PNG.

In attendance were various sponsors of most of the franchise clubs, from both the Northern and Southern conferences, which included Hekari Utd, Goroka Gohisa, Admiralty, FC Port Moresby, Huawei PS and Madang FC.

Chairman Lupari spoke of football transcending across all facets of PNG’s social platform, and preaching the gospel of football throughout the country.

With newly appointed senior national coach, Flemming Serritslev, observing proceedings, PNG Sport Foundation CEO, Peter Tsiamalili, spoke of how football in the country has now raised the profile of PNG as a sporting power house in the region, with commitments of support.

Telikom PNG CEO, Michael Donnelly, pushed for clubs to be more business minded with the opportunity for their players to be exposed at an international level.