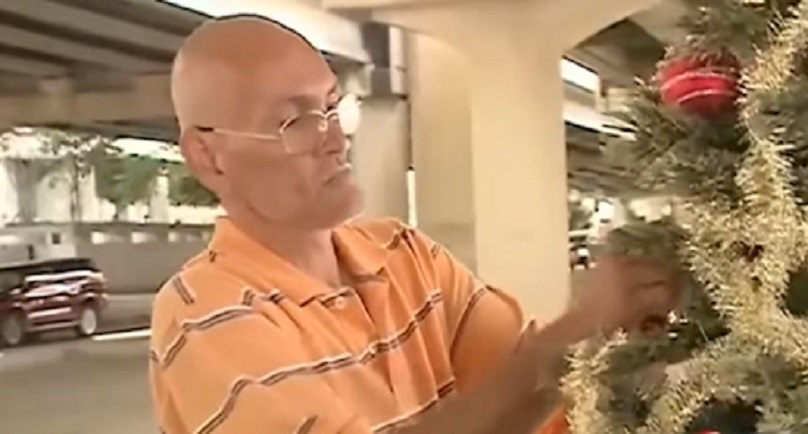 Homeless man John, or Philly as his friends know him, wanted to make the best of the holiday season this year.

Regardless of the fact that he didn’t have a house to decorate or money to buy presents, he wanted to celebrate Christmas the right way — with a Christmas tree.

The Tree was set up beside his tent underneath the Pontchartrain Expressway in New Orleans for him and his friends.

Unfortunately, the city claimed that the tree was a code violation, and city workers took the tree away.

Random civilians who heard the story were extremely upset, and they decided to show their support.

One by one, people started visiting him with trees and decorations to help Philly celebrate the holidays.

Now with so many decorations, Philly knew he had the opportunity to make someone else’s day.

He grabbed several of the extra Christmas trees he had been given and brought them to some homeless women living nearby, who were so touched that they were brought to tears.

And the moral of this story? It doesn’t take much to spread happiness in this world.

All Philly wanted were some minor decorations to help him and his friends get into the Christmas spirit. But, what he ended up getting was so much more.