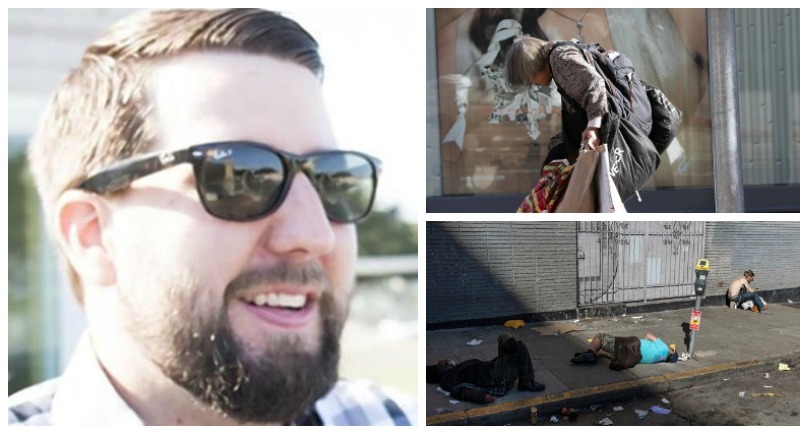 NEW YORK (Reuters) – A technology entrepreneur is facing the wrath of Twitter after writing a blog post seen by many as insensitive and even hostile toward San Francisco’s homeless population.

Justin Keller, founder of Commando.io, an online server management platform, published the post on his personal blog this week and drew widespread, negative reactions online that even swept an unsuspecting namesake into the controversy.

“I shouldn’t have to see the pain, struggle, and despair of homeless people to and from my way to work every day,” Keller wrote. “I want my parents when they come visit to have a great experience.”

“So #JustinKeller is another future @realDonaldTrump who demands the homeless be removed from his view,” tweeted liberalgranny50 (@peppersandeggs) on Thursday.

Some compared him to Martin Shkreli, the pharmaceutical executive who raised the price of a drug used to treat a dangerous parasitic infection to $750 from $13.50.

Keller defended himself on Twitter. “We have the right to feel safe,” he (@johnny5sf) wrote in response to a tweet calling his blog post “tone deaf” and “offensive.”

Data from San Francisco’s Local Homeless Coordinating Board showed that the city’s homeless increased 7 percent between 2005 and 2015. The number of homeless people there in a January 2015 point-in-time count was 7,539.

Another technology professional in the Bay Area who is also named Justin Keller became the object of midsdirected Twitter outrage he was mistaken for Keller the blogger.

Justin Keller said he had received angry tweets over the past two days and a threat on LinkedIn. “Kind of the last place you’d think to get a threat,” said Keller. He said he had written a blog post inviting his namesake to join him as a volunteer at a homeless services group.

“Hey everyone – quick note to make clear that I am not @johnny5sf who wrote this myopic blog post,” Justin Keller tweeted (@JustinKeller).