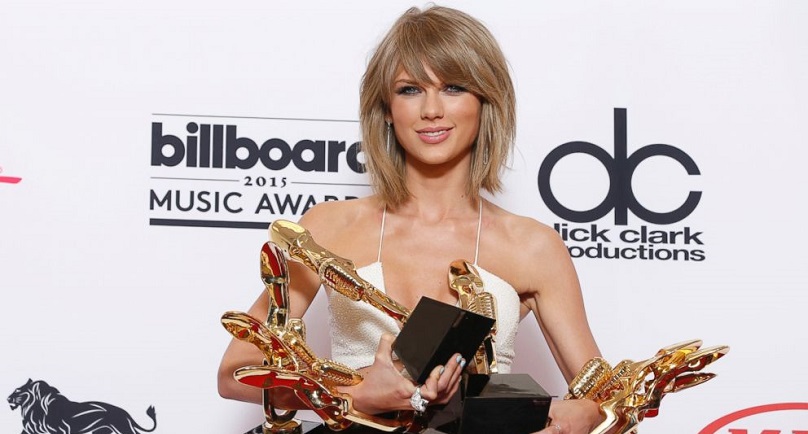 It was a big night for the music industry in USA, as artists from all genres made their way to the MGM Grand Garden Arena in Las Vegas.

The big star of the night was 25-year old pop singer, Taylor Swift.

Winning in almost all the categories she was nominated in, Taylor took home eight gold trophies on the night.

Receiving the Top Female Artist award, Taylor said, “To win Female Artist is incredible because one of the best things to happen to me in the last year is I have surrounded myself with incredible women… So all the girls out there, I love you. Thank you for this award.”

She also debuted her new video, Bad Blood, where all her celebrity girlfriends starred in, like Selena Gomez, Zendaya, Lena Dunham and Jessica Alba, as well as people she admires and her best friends. This video is expected to be big in the coming weeks or days.