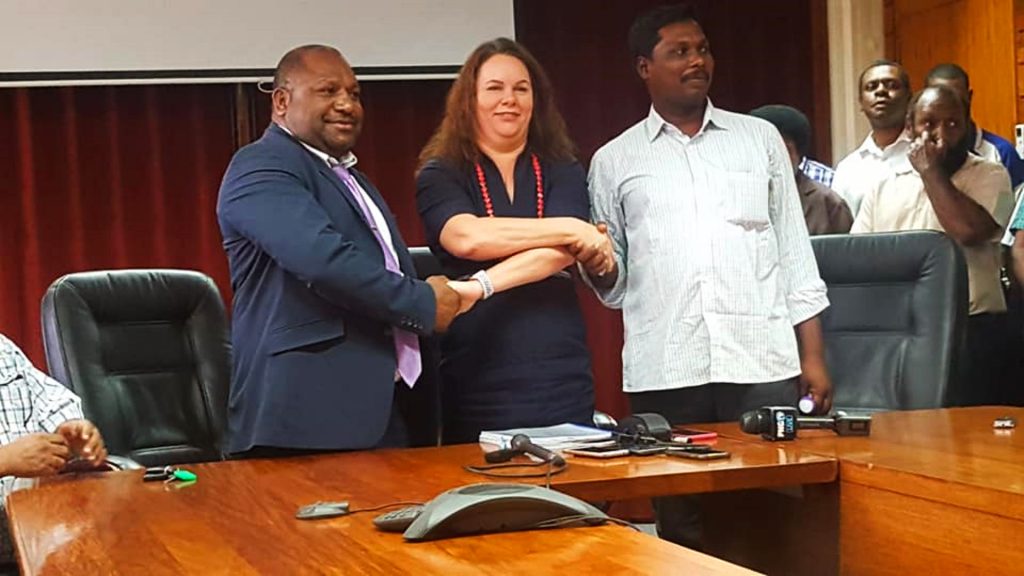 After 43 years of Independence, the people of Tambul Nebilyer District in Western Highlands will now see the light.

Today (October 18, 2018) saw the beginning of a new era for the district with the signing of an MOA between PNG Power Limited and the Tambul Nebilyer District Development Authority, for a rural electrification project.

The DDA presented a mobilization cheque of K220, 000 to contractor, Voltran Engineering and Construction Limited for the project.

Present today to witness this historic ceremony were clansmen and mothers of Tambul Nebilyer.

The project is said to boost existing commercial activities such as agriculture, poultry, and piggery.

For Mr. Daki’s, it was a personal achievement as it was a childhood dream to bring electricity into his district.

Tambul Nebilyer people can be rest assured that they will have electricity by Christmas.

PPL gave acting CEO Carolyn Blacklock gave the assurance that villages would light up by Christmas. She said PPL was confident with the contractor, who she said was the best in the business.

A population of 6000 people living within 6 villages will benefit from the project.

The whole project is expected to cost K1.6million. A mobilization cheque of K220, 000 was presented today.

Houses will be given MSK Kits and those 50 meters from the transmission line will pick up electricity. Strategic locations throughout the district that have been off-grid will have power through the project.

The project is expected to commence next week.