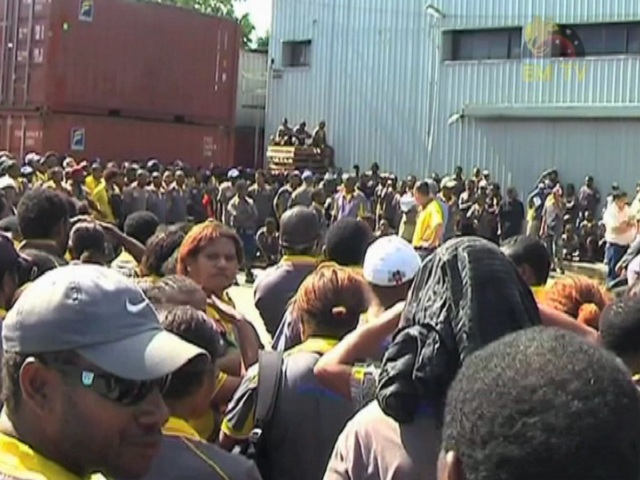 Amidstthe frustration Papua New Guinea workers have spoken out about instances of physical and verbal abuse by some ofthe companies’ expatriate managers.

Workers we spoke to said Papua New Guinea Supervisors some with over ten years of experience were onthe same pay rate while expatriate managers were been brought in to dothe jobs that nationals could do.

Many ther issues have also come to light as a result of this protest. Several workers saidtheir Superannuation contributions weren’t being paid despite deductions being shown ontheir pay slips.

A Supervisor who doesn’t want to be identiflied on camera said after checking with Nasfund, he found thatthe company had not paidthe deductions into his Superannuation account.

Tensions nearly boiled over when we were prevented from filmingthe gthering; first by securitythen by an expatriate manager. Later we sent request tothe company management for an interview on camera for them to respond tothe concerns ofthe workers, SVS refused.