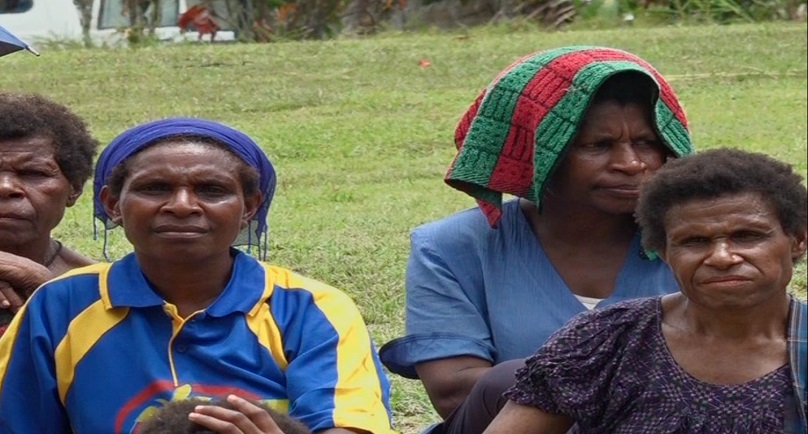 Womenfolk of Yangoru-Saussia in East Sepik Province have a reason to celebrate; as an Easter gift, a new resource centre was launched that will help facilitate training for the enhancement of knowledge and skills to better their living conditions.

Yangoru-Saussia is also the 8th member in Papua New Guinea to be affiliated with the Country Women’s Association.

Associated Country Women of the World President, Ruth Shanks, was in the district to officiate the event.

On Monday March 21st 2016, Yekimbole Village in Yangoru-Saussia played host to the Associated Country Women of the World President, Ruth Shanks and the Australian delegation.

“That for the first time, we have a world leader who has visited us in one of the corners of East Sepik Province and Papua New Guinea as a whole.”

The membership conversation began in 2013 after Gerthrude Andreas, who formed the Jiwaka branch also saw the need for women to make a difference.

“We will work in collaboration with the Yangoru-Saussia District Development Authority to serve their purpose and plans.”

The focus is to help women create avenues and to realise their own potentials…from skills training to microfinance banking for sustainability.

“We must think with our hearts and then we will see changes in the family, to the community.”

District Women’s Council President, Wendy Hevengu, said women wanted equity and with the resource centre, this will assist them to actively participate in community development activities.

The resource centre was built with funding assistance from CWA Queensland through Christine King.

“I am humbled to be present today and be part of the celebration, because I have seen our money has been put to good use and that is the new resource centre.”

Ruth Shanks, Associated Country Women of the World President, congratulated the women for their outstanding leadership in their families.

To make this happen, it requires partnership, men and women working together.

“Skill and knowledge will better women to contribute meaningfully to change,”

The District Development Authority with the current political support will work closely with the women’s association to promote gender equity and that will be done through partnership.