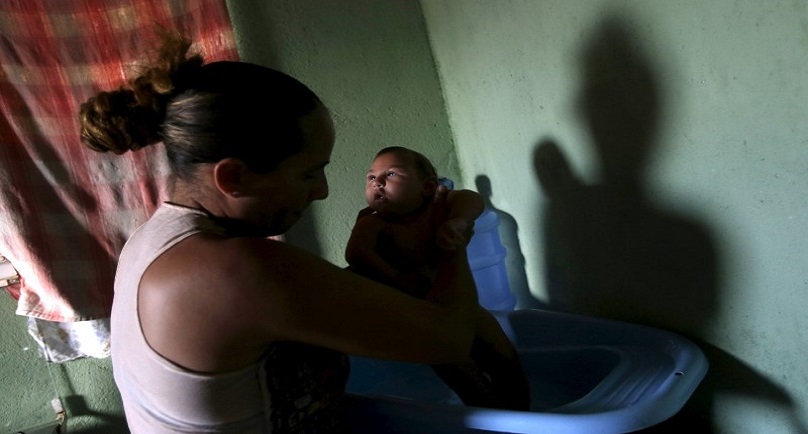 LONDON, March 15 (Reuters) – Thousands of pregnant women caught in an ongoing outbreak of the mosquito-borne virus spreading from Brazil risk having a baby with the birth defect microcephaly, according to the results of a new study.

In the study in the Lancet medical journal which analyzed a 2013-14 Zika outbreak in French Polynesia, researchers said the risk of microcephaly is about 1 for every 100 women infected with the virus during the first trimester of pregnancy.

While more research is needed to understand the biological mechanisms by which Zika might cause microcephaly, the researchers said, these findings suggest the World Health Organization’s (WHO) advice that pregnant women should protect themselves from mosquitoes is a sound precaution.

“Our analysis strongly supports the hypothesis that Zika virus infection during the first trimester of pregnancy is associated with an increased risk of microcephaly,” said Simon Cauchemez, an infectious disease mathematical modeling expert at France’s Institute Pasteur who co-led the study.

The WHO declared on Feb. 1 that the suspected link between microcephaly and an outbreak of Zika virus spreading from Brazil was a public health emergency.

The WHO says the outbreak, which began in Brazil in 2014, is spreading rapidly through the Americas, with transmission reported in 31 countries and territories of the region.

Brazil has confirmed more than 580 cases of microcephaly, a disorder in which a child is born with an abnormally small head and brain. Authorities there say they think most of these cases are related to Zika. The country is also is investigating another 4,100 suspected microcephaly cases.

Cauchemez’s team looked at a Zika outbreak in French Polynesia which began in October 2013, peaked in December 2013 and ended in April 2014. Over the course of the outbreak, eight cases of microcephaly were identified. Of these, five pregnancies were terminated and three cases were born.

By comparing the models to the number and timing of actual microcephaly cases in the Polynesia outbreak, they found the scenario in which the first trimester of pregnancy was linked with an increased risk was most consistent with the data.

The researchers were then able to estimate the risk of microcephaly as 95 in 10,000, or around 1 percent, of pregnant women infected with Zika in the first trimester.

Cauchemez stressed that since his study looked back at an outbreak that is already over, it could only offer insights but not rock solid predictions about what might happen elsewhere.

“It remains to be seen whether our findings apply to other countries in the same way,” he said.

Experts asked to comment on the findings said they were an important development in international efforts to establish the potential public health risk of Zika.

Derek Gatherer, a virus expert at Britain’s Lancaster University, said this was “the first published study that moves us in the direction of being confident that Zika virus infection in pregnancy can cause microcephaly”.

Peter Openshaw, a professor of experimental medicine at Imperial College London, said the new evidence was, “on the surface, reassuring” and also somewhat unexpected.

“The finding that the risk of microcephaly is only about 1 percent in those infected in the first trimester of pregnancy is surprising,” he said, noting that a preliminary study by Brazilian researchers published this month estimated the risk at more than 20 percent.