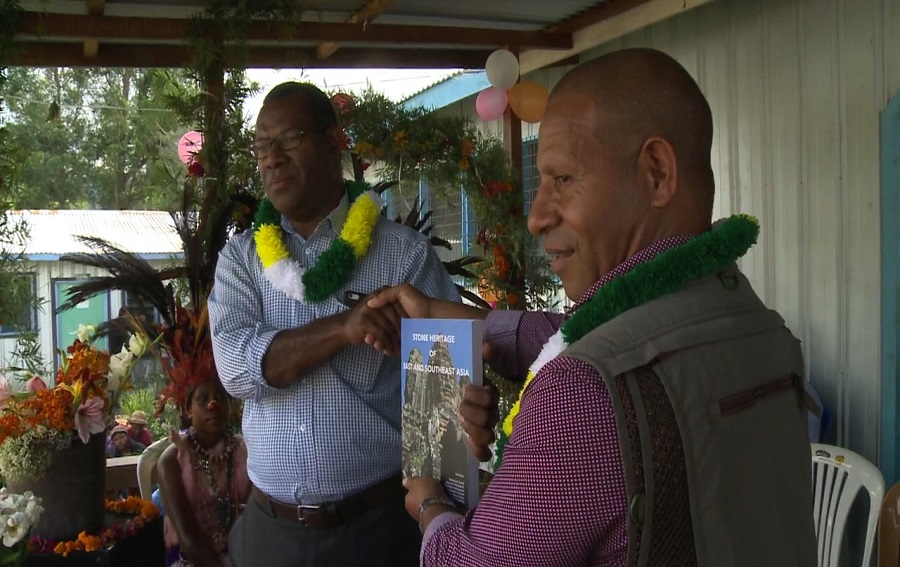 A book containing stone heritage stories from around PNG and Asia was launched recently in Jiwaka province.

The book is an initiative of the PNG Chapter of the Coordinating Committee of Geoscience Programs (CCOP) of East and South East Asia.

In the PNG Chapter, stone stories feature from the Hukohah Village in Siwai of the Autonomous Region of Bougainville, Kunjin in Jiwaka and Kubren in Dagua, East Sepik province, and Kirota in Oro.

The CCOP is an intergovernmental organisation whose mission is to facilitate the implementation of applied geoscience programs in East and South-East Asia.

The CCOP’s objective is to contribute to economic development and the improvement of quality of life in the region.

The organisation has 14 member counties including Thailand, Philippines and Japan.

It is expected that the book will benefit landowners of areas where the stones come from in terms of geo-tourism which is a front not known in PNG but popular in the countries like China, Japan, Malaysia, Vietnam and Thailand.

The plan is to have the book circulated through the CCOP’s worldwide network, and create general education and awareness on stones and their cultural heritage.