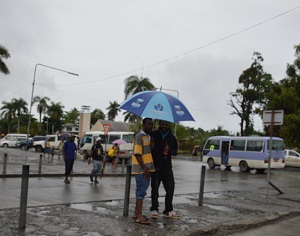 The State of Origin fever is on in Lae city, like all other parts of the Rugby league crazed country.

Lae residents were spotted out in the rain with umbrellas and jerseys of the Australian states colors.

Despite Lae’s wet weather, State of Origin fans came out to buy flags, T-shirts and umbrellas.

Last year NSW Blues won and Maroons supporters in Lae said they want a win in tonight’s game one.

Lae PMV buses also have flags, both the driver and crew of a bus we spoke with were maroons die hards.

They said they can’t wait for the day to end.

Along the roads, the common Buai market showed symptoms of the origin fever. A Bicycle parked next to the buai stall had a blues flag on it.

Papua New Guinea has had a long tradition of following this annual football match that’s played thousands of kilometres away.

There have been tears, fights, bloodshed and death involved in PNG’s colorful tradition of supporting the Queensland maroons and New South Wales Blues.

EU ministers unite on climate mandate ahead of Paris summit