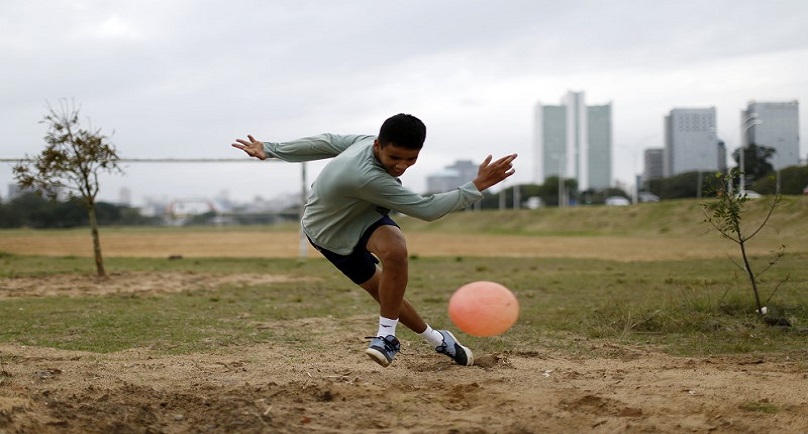 (Reuters Health) – Including neuromuscular training in youth soccer warm ups reduces injury rates and could save $2.7 million Canadian dollars ($2 million) in healthcare costs over one season in Alberta, Canada, according to a new study.

“When you have benefit from an intervention and also reduce healthcare costs, there’s good on both sides,” said lead author Deborah A. Marshall of the University of Calgary, the Alberta Bone and Joint Health Institute and the Health Research Innovation Centre in Calgary.

“A lot of new technologies that are introduced are better but cost more,” Marshall told Reuters Health.

The researchers studied data from a randomized trial of 744 youth soccer players ages 13 to 17 years, including boys and girls, during the 2006-2007 indoor soccer season in Alberta. The players had been followed through the season and injuries were recorded.

Half of the players were led through a 15-minute warm up before play, including five minutes of aerobic and dynamic stretching components and 10 minutes of neuromuscular training consisting of eccentric strength, agility and jumping exercises. They were also directed to do 15 minutes of balance training at home using a wobble board.

Players in the comparison group had a “standard of practice” 15-minute warm up before play, including on aerobic components, static and dynamic stretching and a home program that only involved stretching.

As had been previously published, players in the neuromuscular warm up group had 38 percent fewer injuries during the season than those in the comparison group.

For the new study the researchers estimated direct cost savings related to these injuries, including visits to healthcare professionals, treatmen’s, surgeries, X-rays, supplies and equipment used by injured players. They added direct costs to the healthcare system in Canada to out-of-pocket medical costs incurred by players and their families, which may include physiotherapy, splits, braces, crutches and chiropractic visits.

The researchers estimated that for 58,100 Alberta youth soccer players during one indoor season, there are about 12,000 injuries. Almost 5,000 injuries could be avoided and $2 million in healthcare costs saved with the neuromuscular training program, according to the results in the Brit’sh Journal of Sport Medicine.

“I perceive savings of 689 Canadian dollars for every 1000 participation hours as very noteworthy, especially considering that the only intervention was a more effective 15min warm-up,” Jeppe Bo Lauersen of the Institute of Sport Medicine Copenhagen in Denmark said by email.

The training aims to improve muscle coordination and dynamic joint control to reduce undesirable loads in specific muscles, tendons, joints, and bones, Lauersen, who was not part of the new study, told Reuters Health.

In this trial the neuromuscular training program did have some costs, like training coaches in how to direct the warm ups and purchasing the wobble boards for players to use at home, Marshall said.

“Since then we developed a video that can teach people how to do this, so the costs that are associated, the wobble board and training, would not have to be incurred if you just used the video,” she said.

That would increase cost savings even more, she said.

The savings in injuries and in healthcare costs should be similar in other countries, she said.

Poverty Amongst the Disabled