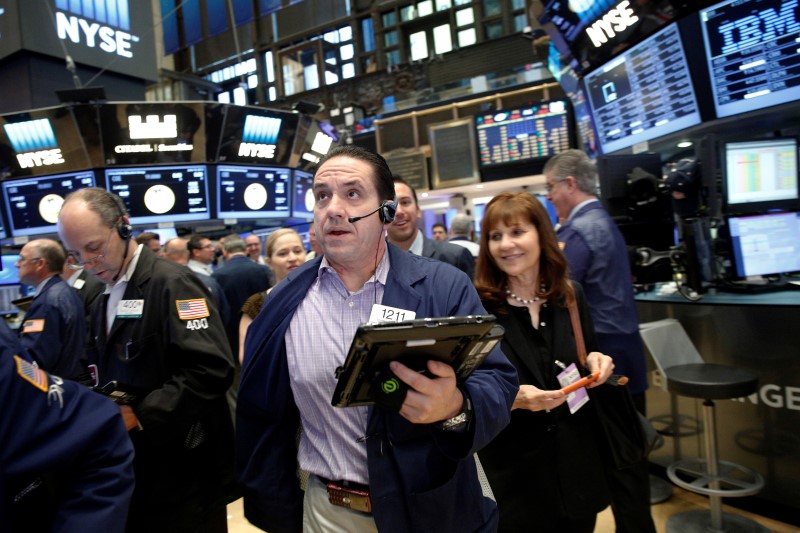 (Reuters) – The S&P and the Dow were down for the sixth day, a streak unseen since August, as the Federal Reserve’s comments about an economic slowdown and the prospect of Britain’s possible exit from the European Union spooked investors.

The Fed kept short-term interest rates unchanged on Wednesday but said it continued to expect two rate hikes this year. However, the consensus seemed shakier with six of the 17 policymakers projecting just one hike. In March, only one official had done so.

Fed Chair Janet Yellen sounded caution that the central bank needed to see more clear signs of economic strength before lifting rates and threw some blame of her current stance on the June 23 Britain vote on its membership in the EU.

The central bank also lowered its economic growth forecast for this year and the next to 2 percent from 2.1 percent.

Major central banks such as the Bank of Japan and the Bank of England kept their monetary policies largely unchanged.

“The market’s losing streak is not a common thing. They are preparing for the worst on a Brexit vote. U.S. companies have spent over $600 billion over time to make the UK their home and now they don’t know what will happen to their investment,” said Andre Bakhos, managing director at Janlyn Capital LLC in Bernardsville, New Jersey.

Global stocks have been under duress for a week as looming uncertainty about a Brexit next week pushed investors to safe-haven assets such as gold and the yen.

The sector has lost 3.1 percent since oil prices started their downfall on June 8.

The CBOE Volatility index <.VIX>, Wall Street’s “fear gauge”, shot up to a 16-week high. It has remained at elevated levels in the past week.

(Reporting by Yashaswini Swamynathan in Bengaluru; Editing by Don Sebastian)

Probe of Disney resort after alligator death not criminal – sheriff