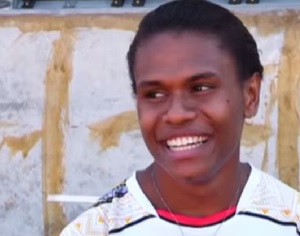 The Southern Regional Championships is into day two of the competition.

Teams came from as far as Northern and Western Province to participate and the Sir John Guise Stadium was buzzing.

The young athletes competed in the under U14 U16, under U18 and the open division which comprised of older athletes.

The competition brought out a few of PNG’s top athletes to help out on the tracks.

NCD was very strong on the tracks in day one and two; particularly in the Long Jump and Javelin events.

With other events such as Discus and High Jump equally contested by other centres.

Speaking with PNG and Pacific Games Long Jump and High Jump gold medalist, Relly Kaputin, who was also present, she said it was encouraging to see such competition as potential future athletes can be Identified.

The tournament will wrap up tomorrow with the final play-off and medal presentations.

The New Guinea Islands Regional Championships will be in Kavieng from the 21st to the 23rd of September.

And that will be followed after by the Highlands and Momase Regional Championships that will be staged at the National Sports Institute in Goroka from the 24th to the 26th.