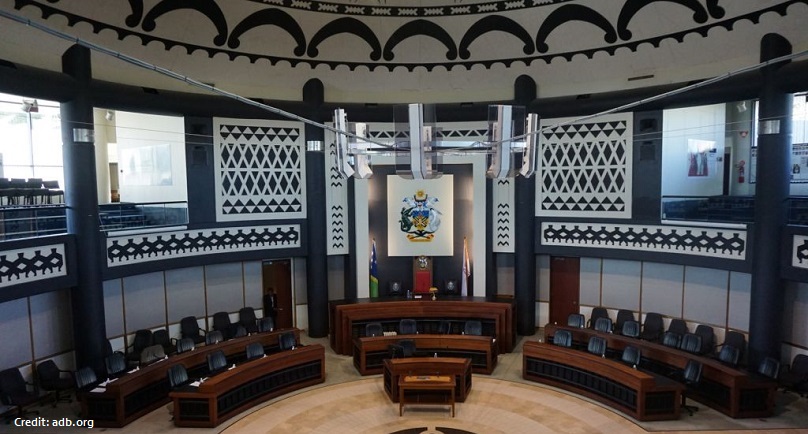 There has been public outrage in the Solomon Islands since the announcement of Solomon MPs having tax-free entitlements and rise in salaries. The decision by the Parliamentary Entitlement Commission (PEC) was actioned on 1 April, this year.

The people of Solomon Islands are voicing their concerns on the issue and are asking for the decision by PEC to be reviewed.

Transparency Solomon Islands (TSI) denounced the decision and estimate that the government will lose approximately SI $2.2 million from its budget now that MPs no longer have to pay tax.

They (MPs) will now have a 4% increase in their salaries since April this year, and an additional 3.5% raise in salaries backdated to April last year.

Johnson Siapu, PEC Chairman, in an interview with Radio New Zealand, said the decision came after a long research into salaries of Members of Parliament was made in 2013 and 2014.

“We discovered that the salaries of Members of Parliament is too low and because of that we had to look at ways of increasing their salaries.”

Siapu also mentioned that they would like to look at public servants also receiving no taxes, and that that is an issue that other responsible commissions have to work on.

On the opposition, however, TSI’s Executive Officer, Daniel Fenua, says people of the public are calling for a protest and there are many debates on social media about it.

Fenua said, “People working in the public sector, private and even NGOs like us, you know, our salaries are so small and we are paying huge taxes to the government… And to say that their salaries are small is totally, from our point of view, unfair.”

Prime Minister, Manasseh Sogavare, giving away little information says he will announce later this week a range of measures to address the public outcry.

Betelnut Trade Showing No Sign of Easing Despite Warnings