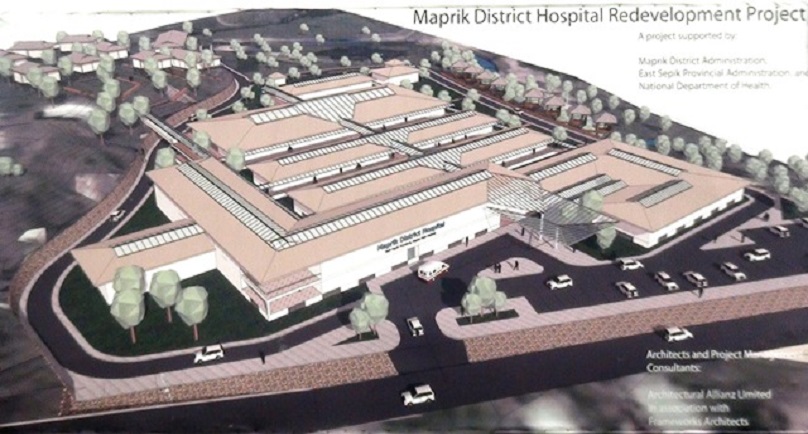 The proposed K20 million re-development of the Maprik District Hospital in East Sepik is taking too long for construction to begin, said Maprik MP, John Simon.

The delay is attributed to the national department of health’s slowness in approving the hospital plan, so that tendering process can be quickened.

The district itself has K9 million earmarked for the hospital’s re-development, Mr Simon said, adding “if nothing is done by end of this month, I will go ahead…time is running out and I have to deliver”.

Simon said this last weekend, when he took a contractor around the hospital site where he plans to build a new, 30 space student dormitory with a messing facility.

This facility will serve final year Divine Word University students who will be attached to the hospital for “on the job training”, a venture successfully forged between the Maprik district and the Catholic Church-run university in Madang, last year.

The Maprik MP also raised similar sentiments on the delay in the construction of the new Maprik market facility; the delay in the payment of K10 million, prime minister’s commitment and the slow release of K2 million PSIP grant from the East Sepik Provincial Government.