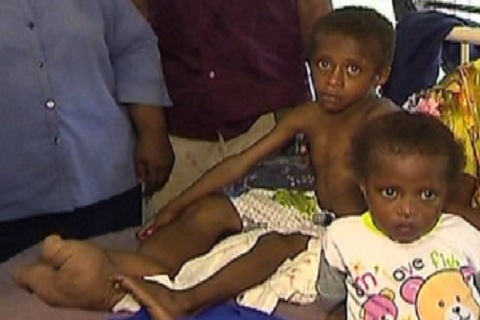 Doctors atthe Port Moresby General Hospital’s Children’s Ward saythe sickness is rare andthere’s no medicine to it,the ones available are too costly for his widowed mther.

Young Stanley has madethe children’s ward 2A his home since August last year, 2012.

It was emotional for mum Christina Lorea as she fought back tears while reflecting on her struggle. She lost her husband in 2010 and had to fend for her four children.

She had to send her ther two children to Rabaul to her in-laws so she can be able to care for Stanley atthe hospital.

The operation which can only be done overseas is costly and requires over K80, 000.