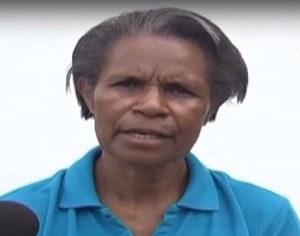 Behavioural change on good sanitation hygiene practice by Simbrangu villagers in East Sepik Province is a direct result of more awareness that has been carried out in communities.

Villagerm Leonie Satra, said people in the community are slowly adapting and keeping up with hygiene practices.

And Water Aid has been applauded for contributing to change.

The project that caters for 313 people in 53 households has contributed to behavioural change.

Satra on behalf of her villagers thanked Water Aid for the great partnership.

With water comes sanitation; Tugum said that sanitation practices have improved, such as building of proper toilets.