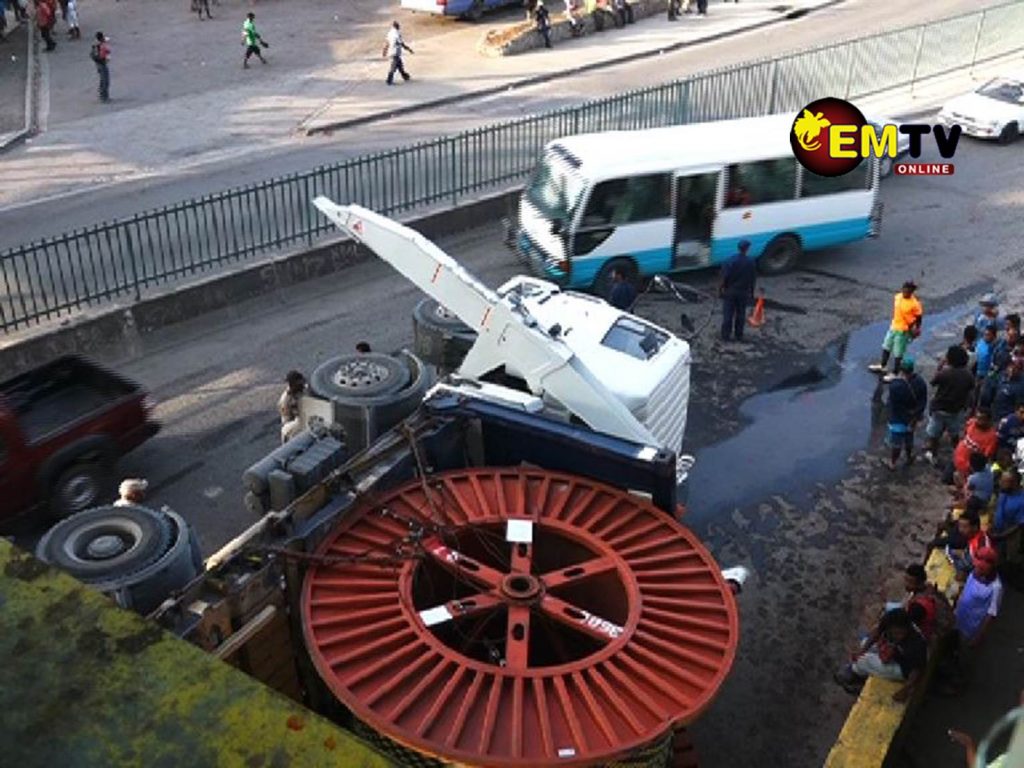 As early as 4 am this morning, a semitrailer carrying 22 tonnes of telecommunication cables turned over, near Koki market, in Port Moresby, after the crane of the trailer wedged under the overhead crossing.

The semitrailer of the logistical company, Express Freight Management, was en route from Motukea to its EFM office, when it wedged its crane under the overhead crosswalk, causing the trailer to turn over.

According to EFM staff and the local residents of Koki, the overhead foot crossing, unlike the crossing at Visions City that’s 6 meters high above the ground, stands only at four meters high.

An eyewitness of the accident, Wilson Wavuri says, with the ring road now in operation, and roads connecting from Motukea into the City, trailers should try using the freeway to avoid local traffic.

According to residents at Koki, while the overhead crossing is safe for pedestrians, people are not using the bridge as much as they should, to avoid unexpected traffic accidents.

Both the driver and passenger of the semi-trailer came out of the incident unharmed.