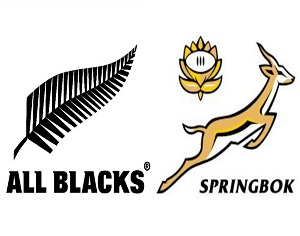 And it’s been twenty years in the making, in one of rugby’s greatest rivalries between the All Blacks and Springboks.

It will be the top of the table clash for these two sides when they lock horns in this Sunday’s Rugby World Cup semi-final showdown.

Twickenham will host another historical match that includes the 1995 World Cup final, 2003 quarter final and third and fourth paly-offs in 1999.

South Africa holds the two to one advantage over the All Blacks who claimed the quarter final 29-9 win in Melbourne.

And from New Zealand’s perspective the Springboks could be the pinnacle challenge in Sunday’s clash.

The All Blacks biggest match up would be the physicality the Springboks forwards pack up front and the line throws.

Another interesting prospect in Sunday’s clash is All Blacks, Julian Savea, who has been a standout player having been compared to All Blacks great, Jonah Lomu, after his quarter final hat-trick against France.

Springboks wing JP Pietersen says Julian Savea is no Jonah Lomu but his All Blacks opposite still represents a tough challenge in Sunday’s World Cup semi-final.

Savea has won four of his five outings against the Springboks but is still yet to score a try against them.