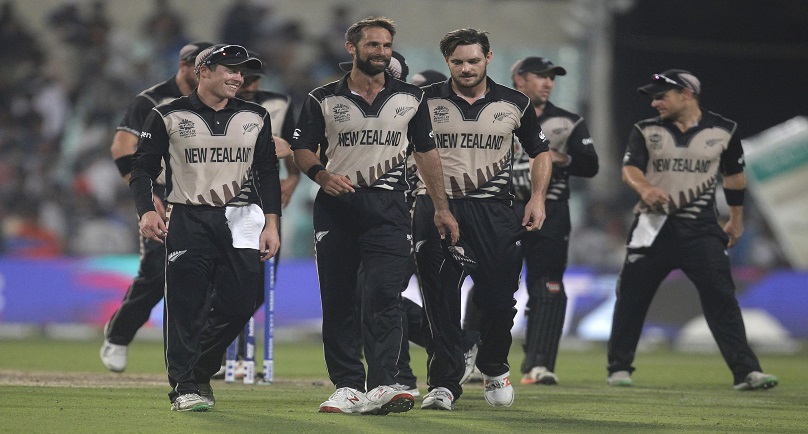 KOLKATA (Reuters) – New Zealand crushed Bangladesh by 75 runs in a World Twenty20 Group Two match at Eden Gardens on Saturday to maintain their 100 percent record and ensure their opponents exited the tournament without a win in the Super 10 stage.

New Zealand won the toss and skipper Kane Williamson, who opted to bat on a very dry pitch, struck five fours and a six in his 42 off 32 deliveries to guide his side to 145-8.

Williamson, whose captaincy and team selection have been one of the highlights of the tournament, brought in Nathan McCullum as an extra spinner in place of pacer Adam Milne, and watched his side stroll to an emphatic victory.

“I think going into each game we look to read the wicket as best we can, the opposition as best we can and pick the team that’s best suited,” Williamson told reporters.

“That’s what we’ve done today and we’re going to look to try and continue that.”
Paceman Mustafizur Rahman made life difficult for the Black Caps, taking five wickets for 22 runs, including two off consecutive deliveries in the final over, but ultimately Bangladesh had no answer for New Zealand’s prowess in the field.

Colin Munro set the tone in the second over, running out the in-form Tamim Iqbal on three with a direct hit from short third man and New Zealand picked up wickets at regular intervals to dismiss Bangladesh for 70, their lowest total in Twenty20 internationals.

Mitchell McClenaghan bowled Iqbal’s strike partner Mohammad Mithun for 11 and left-arm spinner Mitchell Santner took the wicket of the dangerous Shakib Al Hasan to leave Bangladesh struggling at 31-3 in the eighth over.

Santner saw off Sabbir Rahman with a well-judged catch off a Nathan McCullum delivery in the next over, before Ish Sodhi and Grant Elliot took three wickets apiece to bring the contest to a speedy conclusion.

Leg-spinner Sodhi got Soumya Sarkar stumped on six and deceived Mahmudullah with a googly on five, before getting tail-ender Al-Amin Hossain out for a duck.

Medium-pacer Elliot used the slower ball to good effect, bowling Mushfiqur Rahim for a duck and getting Bangladesh skipper Mashrafe Mortaza lbw for three. Rahman was caught behind by Luke Ronchi immediately after hitting the only six of Bangladesh’s innings.

“There is no doubt that New Zealand have always been a tough side, especially in the World Cup. They have already proved it in their last three matches and I just want to wish them luck in the semi-finals,” Mortaza said.

(Reporting by Simon Jennings in Bengaluru; editing by Ed Osmond)