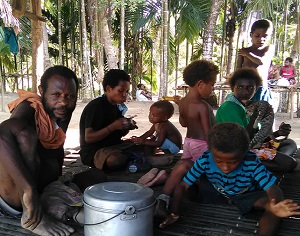 There is lack of political power experienced in the most inland rural areas.

This concern was raised by a community leader of Gulf Province, Simon Kendolo.

He said there must a fair distribution of wealth in both urban and rural areas.

While development is evident in urban areas, people in rural areas continue to suffer.

And Mr Kendolo who has spent his entire life in the village, told EMTV News, this is reflected in Gulf Province, where inland rural areas have been neglected.

People have suffered, Mr Kendolo says because services like education, health and good road infrastructure have deteriorated over time.

As a result, people from Gulf Province have migrated to Port Moresby to access vital services.

Mr Kendolo said Gulf Province needs political intervention and called on provincial leaders to put their differences aside and work for the common good.

Why do zebras have stripes? They make bad landing strips for flies