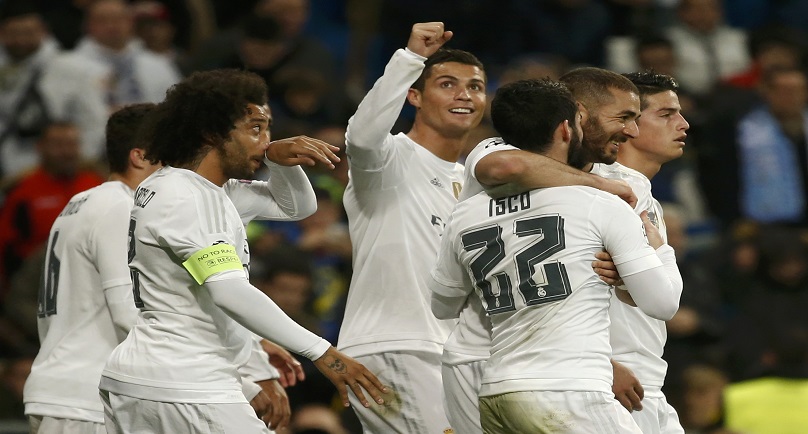 MADRID (Reuters) – Cristiano Ronaldo set a record for goals scored in the group stage of the Champions League of 11 when he netted four against Malmo in Group A on Tuesday.

The Portugal forward made it 3-0 to Real six minutes before halftime at the Bernabeu and added three more goals in the 47th, 50th and 59th minutes.

He is the first Real player to score four goals in a Champions League match, with the overall record of five held by Barcelona’s Lionel Messi and Luiz Adriano, who achieved the feat with Shakhtar Donetsk but now plays for AC Milan.

Ronaldo’s first goal on Tuesday improved his surprisingly poor record at free kicks.
It was only the third free kick the FIFA Ballon d’Or holder had netted from in his last 97 attempts in all competitions, according to Spanish Twitter statistician @2010MisterChip.
Ronaldo, 30, has scored 10 free kicks in 146 attempts in the Champions League since 2003-04, according to Opta statistics.