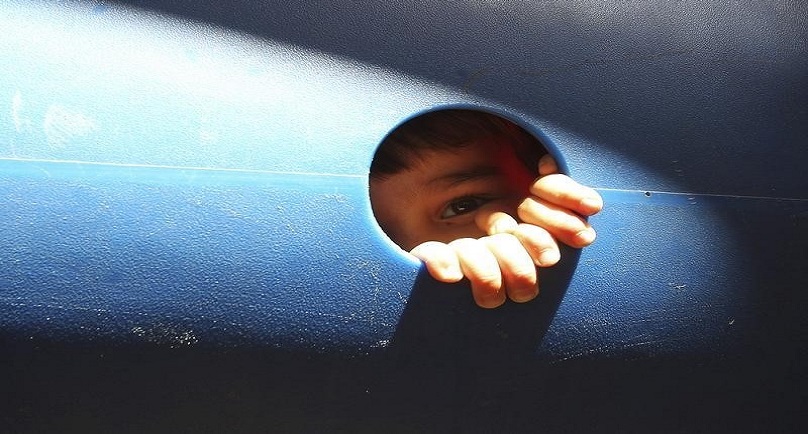 Image:A young cancer patient plays at the opening of a summer camp outside the King Hussein Cancer center in Amman July 1, 2012. REUTERS/Ali Jarekji

Previous research has linked cancer drugs known as anthracyclines to weakening of the heart muscle. Research has also tied some radiation therapy to cardiac rhythm disorders and structural damage in arteries and valves.

The current study not only reinforces these risks, it also suggests that many childhood cancer survivors may encounter serious cardiac issues at a relatively young age when doctors may not routinely screen patients for heart disease, said lead study author Dr. Daniel Mulrooney of St. Jude Children’s Research Hospital.

“A heart-healthy lifestyle, important for all patients, has increased importance for childhood cancer survivors who are at risk for cardiac disease at an earlier age than their peers,” Mulrooney said by email.

To assess the prevalence of cardiac problems among former cancer patients, Mulrooney and colleagues examined data on 1,853 adult survivors of childhood tumors who received treatments associated with heart damage.

About half of the survivors were men. Overall, half the patients had been less than eight years old when they were diagnosed.

At the time of their cardiac evaluations, half were at least 31 years old.

More than 82 percent of participants had received anthracyclines during their cancer treatment, and more than 20 percent took higher cumulative doses of this chemotherapy that are linked to even greater odds of heart damage.

Fewer than half of the survivors received radiation to the heart, but about 22 percent had a higher cardiac dose linked to an increased risk of complications down the line.

The prevalence of cardiac conditions increased with age at evaluation, ranging from 3 to 24 percent among survivors aged 30 to 39, to 10 to 37 percent among those 40 and older, the researchers report in the Annals of Internal Medicine.

Overall, 7.4 percent of the survivors had cardiomyopathy, or chronic disease of the heart muscle, and 3.8 percent had coronary artery disease, the study found.

In addition, 28 percent had leaking or narrowing of heart valves and 4.4 percent had heart rhythm abnormalities.

Very few survivors had symptoms, and many of them weren’t diagnosed with heart problems until they received evaluations as part of the study.

One limitation of the study is that it only included cancer survivors, making it impossible to compare the risk of heart damage to people who didn’t have cancer, the authors note.

Newer treatment protocols established since these patients were treated more than a decade ago have also reduced exposure to chemotherapy and radiation that can damage the heart, Mulrooney said.

Some preliminary research has also suggested that a family of medicines known as beta-blockers might be given to childhood cancer patients to potentially minimize the future risk of heart damage, said Dr. Jean-Bernard Durand, medical director of the cardiomyopathy service at the University of Texas MD Anderson Cancer Center in Houston.

Except in rare instances, however, parents would not want to avoid treating cancer to minimize future heart risks, Durand noted. An exception might be made for kids whose heart function was so weak that receiving chemotherapy might overwhelm the heart.

Instead, patients who survive cancer should focus on making sure they have a complete record of the timing and dosage of any tumor treatments they received and alert doctors that they require cardiac screenings, Durand said. If they have other risks for heart disease, such as a family history, diabetes or high blood pressure, they need to be all the more vigilant, he added.

“Nearly all of the survivors in this study were asymptomatic in their 30s and 40s when they walked into the doctor’s office, and results show that they needed the physical normally given to patients in their 50s and 60s that includes a complete cardiac evaluation,” Durand added by email.