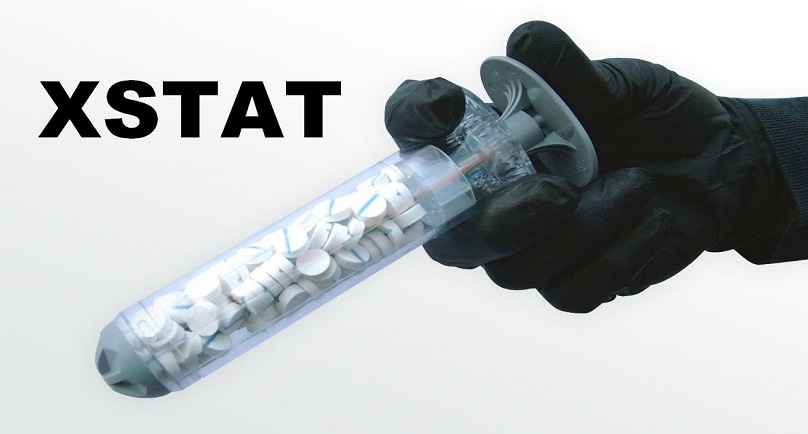 The XSTAT 30 syringe is basically a sponge-filled syringe that can plug gunshot wounds in 20 seconds.

There are 92 sponges that are injected into gunshot wounds, they quickly expand inside the cavity stopping the bleeding and subsequently stopping a person from bleeding out.

Revolutionary Medical Technologies is the company that developed the device that was originally produced for military use. It was first shipped to the US military in April 2015.

The American Federal Food and Drug Administration (FDA) officially approved the XSTAT 30 syringe for public use.

Now first responders will start using the syringe on high risk patients to control life threatening haemorrhaging from wounds where a tourniquet (a compressing and constricting device) cannot be used.

According to the FDA, the device can’t be used on parts of the chest, abdomen, pelvis or tissue above the collarbone. Gunshot wounds to the groin and the armpit would be best suited for the XSTAT 30.

The syringe can be used for four hours until a patient can receive surgical treatment.

Revolutionary Medical Technologies said the syringe is described as a “temporary device” that can be used for four hours until a patient can receive surgical treatment.