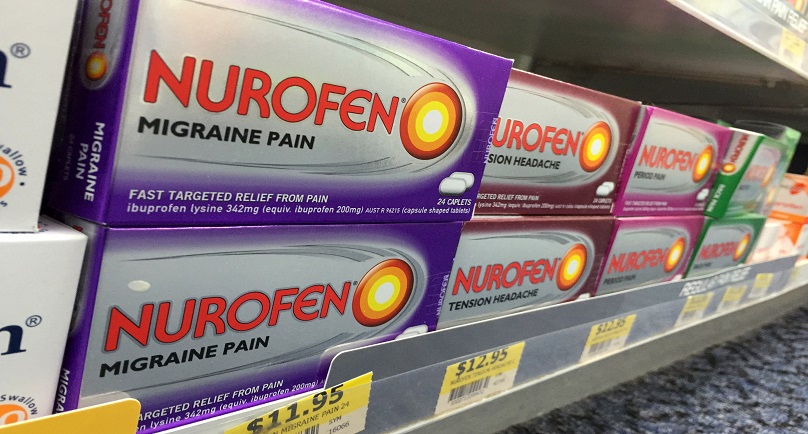 By Jane Wardell and Swati Pandey

SYDNEY (Reuters) – An Australian court ordered Reckitt Benckiser to pull several of its Nurofen pain relief products from the market, saying on Monday the British firm had misled consumers by marketing identical products for different types of pain.

The Federal Court ruled that the Nurofen Back Pain, Period Pain, Migraine Pain and Tension Headache products were identical and that Reckitt Benckiser had “engaged in misleading conduct” by labeling them for different ailments.

“We have known for years that they are all the same,” a pharmacist at Priceline Pharmacy’s Sydney city store told Reuters. “We have been advising our customers to go for the standard painkiller which is cheaper.”

Nurofen specific-pain relief products were sold at almost double the price of Nurofen’s standard painkiller, according to three pharmacies in Sydney.

Nurofen specific-pain relief products are also sold in New Zealand and Britain, according to pharmacy and supermarket websites in both countries.

Nurofen spokeswoman Montse Pena said Australia’s actions were not directly applicable to other countries or regions.

The Australian Competition and Consumer Commission (ACCC), which brought the court action, said Reckitt Benckiser had three months to remove the current Nurofen specific pain products from Australian shelves.
A date for a court hearing on a fine is yet to be announced.

Standard Nurofen, which in the UK is also cheaper than the specific-pain versions, contains plain ibuprofen.
Reckitt Benckiser said its Nurofen specific-pain range did not set out to mislead consumers.

“The Nurofen specific pain range was launched with an intention to help consumers navigate their pain relief options, particularly within the grocery environment where there is no healthcare professional to assist decision making,” said Nurofen spokeswoman Pena.

Patty O’Hayer, a spokeswoman for Nurofen’s UK-based parent Reckitt Benckiser, said had agreed to amend its Australian packaging to show the specific-pain relief products were effective against other types of pain as well, adding this was to prevent any confusion over dosing.

She also said Reckitt had been in contact with UK regulators and had not been asked to make any changes to its packaging.

Arizona says it has run out of drugs for executions