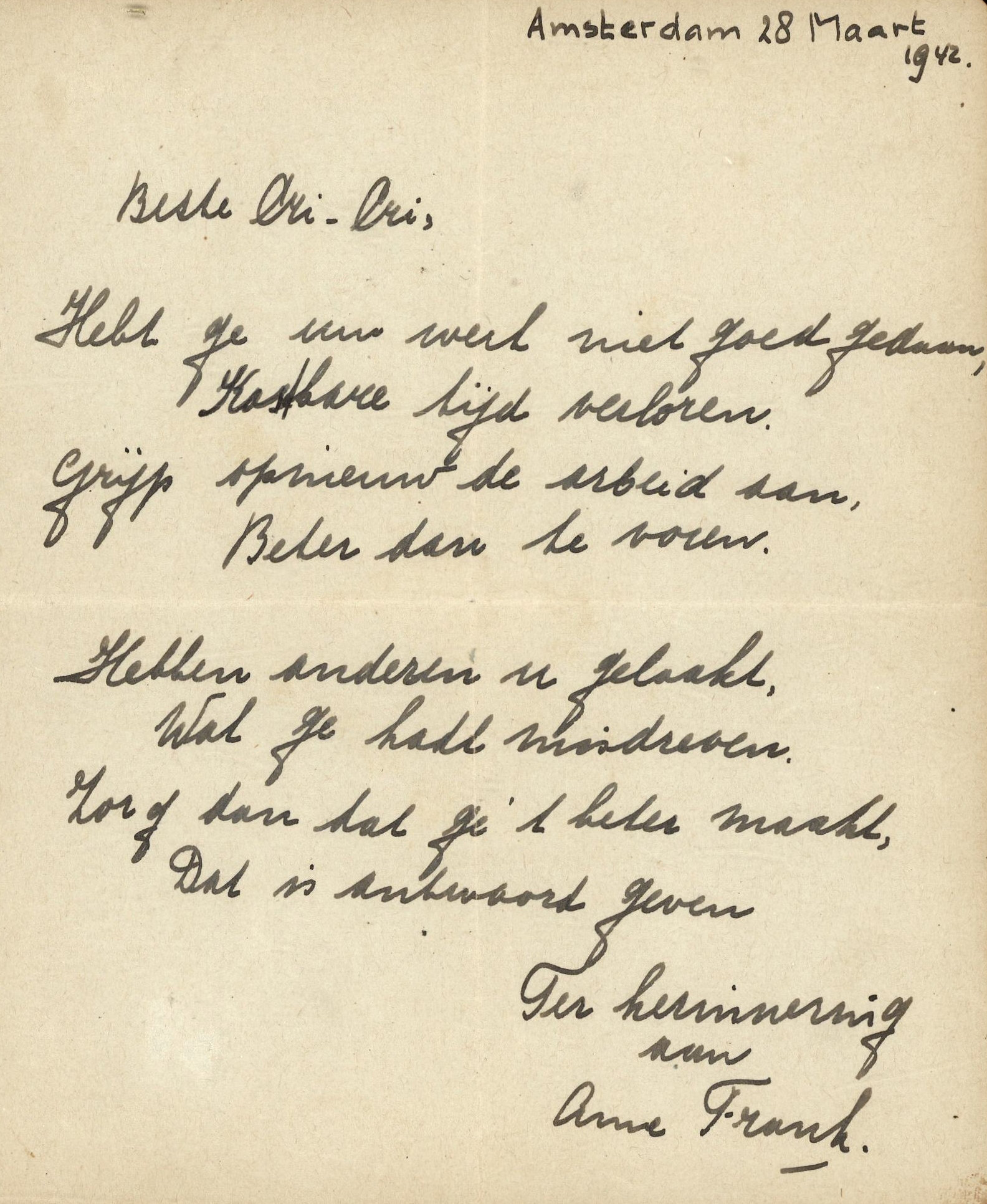 Image: A poem that Anne Frank sent to a girlfriend in 1942, shortly before her family went into hiding from the Nazis, seen in this handout photo provided to Reuters, was being auctioned in Amsterdam, Netherlands on November 23, 2016. Jeffrey Bosch / Bubb Kuyper Veilingen Boeken Manuscripten en Grafiek bv/Handout via REUTERS

AMSTERDAM (Reuters) – A poem that Anne Frank sent to a girlfriend in 1942, shortly before her family went into hiding from the Nazis, was being auctioned on Wednesday in the Netherlands.

Frank was 12 years old when she sent the short poem, at least part of which was copied from a magazine, for her friend’s poetry album. Auction house Bubb Kuyper has valued the rare example of Frank’s handwriting and signature at 30,000 euros ($31,800).

The eight-line poem is addressed “Dear Cri-Cri”, to Christiane van Maarsen, the older sister of one of Frank’s best friends, and dated 28 March 1942.

The first four lines, which have been identified as coming from a magazine, encourage Van Maarsen to work harder at school. The second four, which may have been crafted by Frank herself, say that the best answer to critics is to do a better job.

Exchanging and collecting poems in albums was a pastime for girls of the day.

Christiane van Maarsen died in 2006. Her sister Jacqueline, who is still alive, was in the same class at school with Frank. She said in a note published by the auction house she was selling the poem because it hadn’t been important to Christiane.

Frank kept a diary during the two years she and her family hid in a tiny secret apartment above a warehouse in Amsterdam before they were betrayed and arrested by the Germans in August 1944 and deported. Anne died at the Bergen-Belsen concentration camp weeks before it was liberated in 1945.

Her diary was preserved and has become one the most important documents to emerge from the Holocaust.