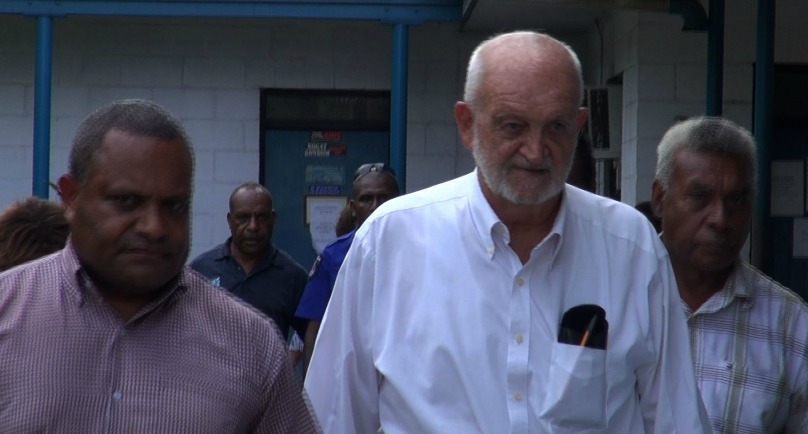 Rabaul Shipping owner, Peter Sharp, has again appeared at the National Court in Kokopo today after his case was adjourned yesterday.

Sharp was accompanied by his ship captain, Anthony Tsiau.

Sharp’s appearance in court yesterday and today was centred around the Rabaul Queen Disaster of February 2, 2012 that killed about 200 people.

The case has dragged on for more than three years.

Today, Sharp and Tsiau appeared before Justice Terrence Higgins at the Kokopo National Court as the trial continues.

Sharp was charged with 171 counts of manslaughter and one count of sending an unseaworthy ship to sea.

The court heard that Sharp’s lawyers and the state prosecutors are battling to reveal the names and evidences of 88 passengers who had died during the disaster.

The 88 passengers had no names on the ship’s manifest.

The court was adjourned to 1:30 this afternoon to allow both, Mr. Sharp’s and the state lawyers to prepare court documen’s.

Charges of manslaughter laid against Sharp under section 302 of the criminal code carries up to life imprisonment.

His other charge of sending an unseaworthy ship to sea under section 331 of the criminal code carries a penalty of up to 14 years in prison.

On the 2nd of February 2012, MV Rabaul Queen’sunk off the coast of Morobe Province, killing at least 200 people onboard.