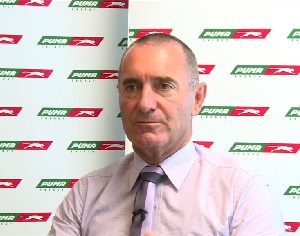 Constructive dialogue between Puma Energy, the National Government and Government Agencies has been credited for allowing the recommencement of operations at Puma Energy’s Napa Napa refinery.

Puma Energy Country Manager PNG, Jim Collings, when speaking to National EMTV News, said the resumption of activities at Napa Napa would be a boost to the company, its staff, and most importantly its customers’ right throughout Papua New Guinea.

This announcement follows the successful re-supply of petrol back into the Port Moresby market by the company, following a three-week suspension.

The past few months have been difficult for Puma Energy, with the major fuel supplier having to suspend refinery operations at its Napa Napa terminal.

Today, its Country Manager, Jim Collings spoke to EMTV about the new developments that have enabled the company to recommence its Napa Napa operations.

According to Mr Collings, the close cooperation by all parties involved has been very positive, with Puma Energy now able to recommence its operations at Napanapa.

“During the last few months, Puma Energy, the government and relevant agencies have worked together with a considerable level of energy and positive intent to find both interim and long term solutions,” he said.

The restart of operations at Napanapa could take up to a month, with Puma Energy employees now being recalled, after being placed on extended leave.