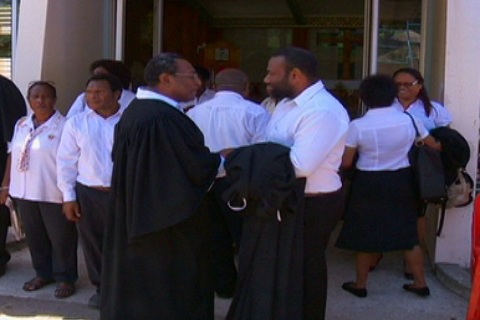 He saidthe office should not engage private law firm to perform roles of public lawyers.

Public Solicitor Frazer Pitpit’saidthe office is now better positioned to do thatounlikethe past.

The Office has gone through several restructures. The latest was last year and a big improverment in numbers of lawyers.

Beforethe restructure, all its experienced lawyers had exited. The office is part ofthe Department of Justice and Attorney General.

Mr Pitpit’said it would appreciate more. For now only eleven million kina of a budget of twenty three million kina budget submitted bythe office has been approverd for this year.

On justice Gibbs Salika’s comments of a Mr Pitpit’said he does not know ofthe existence of a situation where private lawyer had been engaged in jobs of public prosecutor.