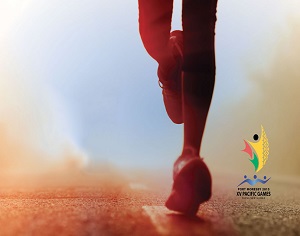 Many turned out in numbers to witness the launching of the Volunteer Program at the Vision City Mall in Port Moresby. Amongst the enthusiastic crowd, were two young men who showed interest in applying for the program.

Steven Moyaru is a 21-year-old from the Central Province, and Billy James is 23 years old, and from a mix parentage of Northern Province and East New Britain.

They said it would be a great opportunity to be part of sports history and interact with people from other countries and share our diversity in culture and work. They were excited in joining the volunteer program, and look forward to the two-week training in preparation for the Games in July.

The two young men were eager to pick up the application forms from the designated outlets around the city, and were excited at the prospect of being a part of the Games.