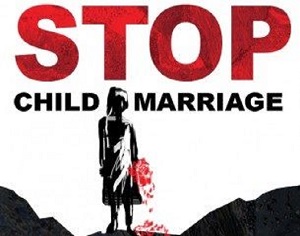 Choosing when and who to marry is one of the most important decisions in life. But, throughout the developing world, girls are married while they are still young. The practice of child marriage spans diverse cultures. Child marriage denies millions of girls this choice each year.

A new initiative announced on the International Women’s Day by the UN Children’s Fund (UNICEF) and the UN Population Fund (UNFPA), as part of a global effort to prevent girls from marrying too young and support those already married.

The announcement was made by UNFPA’s Executive Director, Dr. Babatund, to advance efforts in ending child marriage by 2030 and protect the rights of the most vulnerable girls around the world.

UNICEF will work with governments of countries with a high prevalence of child marriage to uphold the rights of adolescent girls, so that they can reach their potential.

This new global programme will help drive action to reach the girls at greatest risk – and help more girls and young women realise their right to dictate their own destinies.