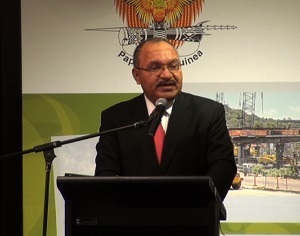 Although pleased with Prime Minister Peter O&rsquO’Neill’s stance on the West Papua issue, Northern Governor Gary Juffa wants him to also sign his petition to the United Nations.

The petition basically demands a reversal of the Act of Free Choice in 1969. Juffa called on all Papua New Guineans to rise up for the cause.

Prime Minister Peter O&rsquO’Neill recently made it clear during the 2015 Leaders’ Summit to be vocal on the plight of West Papuans.

“Our own brothers, especially those in West Papua. The time has come for us to speak of the oppression of our people there. Pictures of brutality of our people appear daily on the social media and yet we take no notice.

We have a moral obligation to speak for those who are not allowed to talk, we must be the eyes for those who are blindfolded. Again, Papua New Guinea, as a regional leader, must take the lead in mature discussions with out friends and more so in an engaging manner,” said the Prime Minister.

“It’s good to see the Prime Minister getting onboard with the West Papua issue. Now we have to take it further. We have to demand that the UN review its 1969 decision and give freedom to the people of West Papua. Nothing else, we demand freedom,” said Juffa.

The petition to the UN shared on Juffa’s Facebook page has received signatures far and wide.

But graphic images circulating on social media are a glimpse into the atrocities in West Papua. Global support continues to grow, putting pressure on world leaders to act.