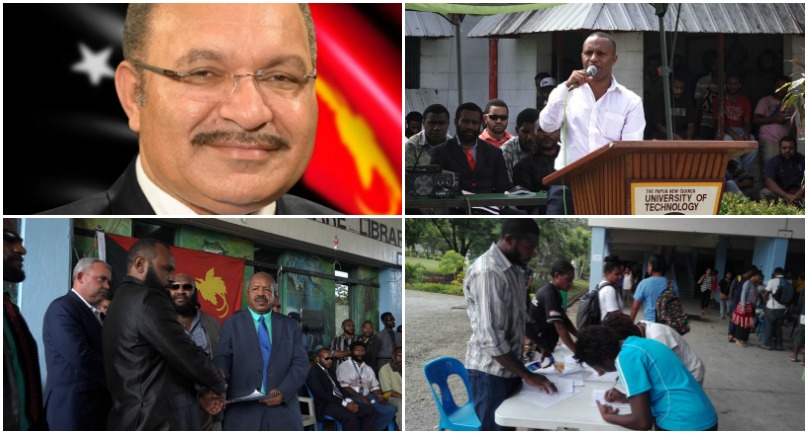 Prime Minister Peter O’Neill has replied to the petitions from the Student Representative Councils of both UPNG, and Unitech.

The 10-page letter addressed to the presidents of SRCs at both universities, mentions that with regard to all points raised by the students, that there were aspects that were still before the courts.

On the UBS Loan, Mr O’Neill said there were some aspects relating to it, that were still before the courts, and therefore he could not comment on them.

However, he did say that the loan was to ensure that Oil Search Limited, on of the country’s premier business assets, had to be retained.

He said the UBS had been secured in compliance with PNG Laws, and that the loan comes in the form of a collar loan, which limits the exposure to the country, and that it has not affected the availability of foreign currency.

On budget cuts, Mr O’Neill said it was necessary to adjust the budget, saying that if it wasn’t done, the country would be facing much more serious problems.

On controversial legal bills payments by government, Mr O’Neill said the previous government had engaged private law firms who had become the subject of investigations.

EMTV will have more coverage of all points addressed by the prime minister, and student reactions, tomorrow.

Tensions Remain High at the University of Goroka