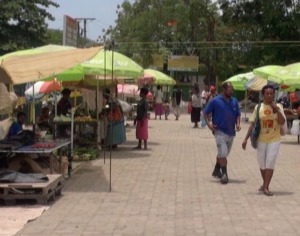 The Koiari and Hiri Presidents, in Central province, have called on the government to consider Kairuku-Hiri as two separate electorates.

“We the people of Kairuku-Hiri are waiting on the current government to fulfill this commitment.”

The Kairuku Hiri electorate has one of the largest landmasses bordering Central, Gulf and Oro Provinces.

With roughly 166,000 people in one electorate alone, the development of Kairuku-Hiri Open Electorate has proven difficult to monitor.

The Presidents said critical issues such as land grabbing and lack of internal revenue generation has become all the more challenging to control with the large and ever expanding population.

He said the delay in the splitting of the Kairuku-Hiri Electorate was pushing their limits.

He argued that they were one of the main suppliers of resources which fuelled the Port Moresby cities operation, and the “split” of electorates would be the compensation their people deserved for giving up their land.

In an interview with Ogi David, Koiari LLG President, has raised similar points.

He claims a bullk of the resources were supplied by the Koiari and therefore he supported the breakaway of Hiri from the existing electorate.

Both presidents said they spoke with no ill feeling towards Member for Kairuku-Hiri, but were appealing that the government follow through with their commitment for the benefit of the people they were elected to serve.