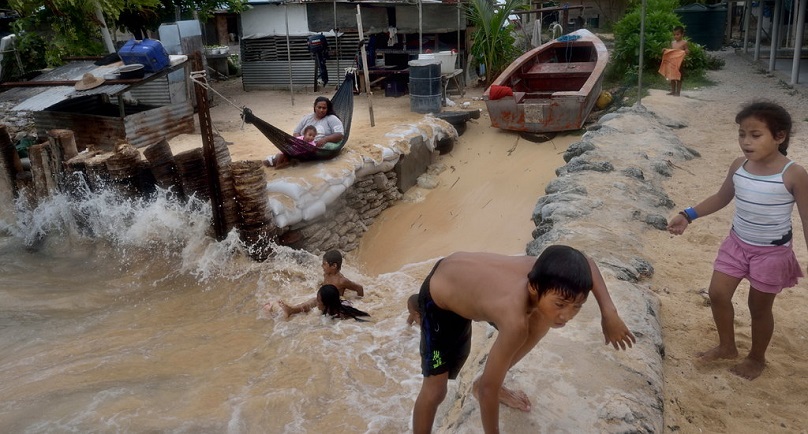 Kiribati President, Anote Tong, is pleading for international communities and other Pacific neighbours to help his island, which is badly suffering from the effects of climate change.

The President said Kiribati, amongst other Pacific Islands is one of the most troubled and they are planning ahead for the country’s future. Drastic as it may seem, this includes plans to relocate the whole population if sea levels continue to rise.

President Tong said it’s a great step forward that Australia has taken, but also appealed to the Australian people to act on moral responsibility as fellow human beings.

He stressed that the severity of sea level rise on the island is very critical; and that it might be a few years before the island is completely submerged.

“The damage is already beginning and I believe [that] in 10 or 20 years, certainly within 20 years we will see a radical change and I think we cannot really afford to wait. We have to begin to act now.”

He commented that the frequency of villages and communities being relocated is increasing and that Kiribati is drastically under-d.

“The international community has not been able to make a commitment that the s will be provided in order for us to maintain all of the islands above sea water, and so we have to plan, and make contingency planning.”

Apart from buying land from other countries to relocate the people of Kiribati, their government is also looking at other options such as a floating island; and is open to other suggestions.

“At the moment we have no model; we don’t have a lot of options. Nobody has been coming forward and I challenge people, you know, if you think you’ve got a better solution please come, because we need this. So far these are radical but they really are the only ones available,” said the President.

He also said that that Kiribati is like the canary in the coal mine for climate change, and hopes that world leaders would come to the country’s aid.