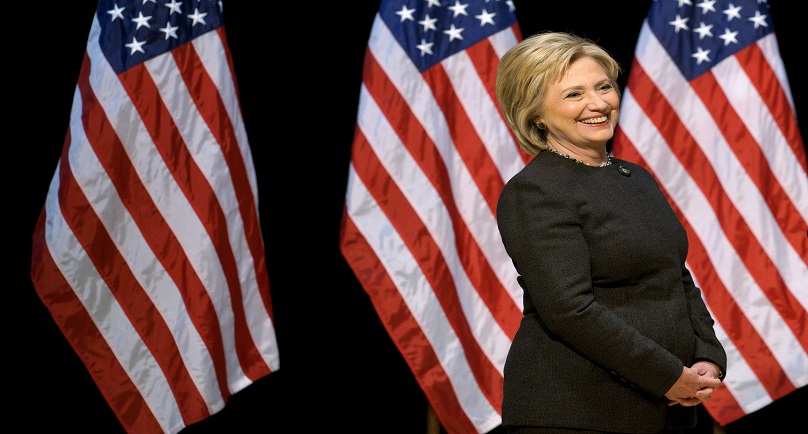 WAUKEE, Iowa (Reuters) – President Barack praised Hillary Clinton’s political experience, a boost to her campaign as she battles an insurgent Bernie Sanders a week before the Democratic presidential nominating process kicks off.

Obama’s kind words for his former secretary of state, in a Politico interview published on Monday, will help Clinton as she tries to link her campaign more closely with the president and so draw in more support from his backers.

While never explicitly criticizing Sanders, a senator from Vermont whose campaign is focussed on pledges to redress social inequality and contain Wall Street excesses, Obama praised Clinton’s experience and suggested several times that Clinton’s messages are grounded in realism.

“(S)he’s extraordinarily experienced — and, you know, wicked smart and knows every policy inside and out — (and) sometimes (that) could make her more cautious, and her campaign more prose than poetry,” Obama’said.

The interview was conducted on Friday and published a week before the Feb. 1 voting in Iowa, which launches the process to pick the parties’ nominees for the November presidential election.

Clinton, who lost the Democratic primary to Obama in 2008, was for months the clear front-runner to be the party’s nominee this time around, but opinion polls have showed a surge of support for Sanders in recent weeks.

She argues that while Sanders’ goals on issues such as social inequality are laudable, some are unobtainable and he lacks the experience to tackle a wide range of issues.

“When you’re in the White House you cannot pick the issues you want to work on, you’ve got to be ready to take on every issue that comes your way, including those you cannot predict,” Clinton told the Jewish Federation of Greater Des Moines on Monday.

In an echo of that point that will be gratifying to the Clinton campaign, Obama’said in the Politico interview, “(The) one thing everybody understands is that this job right here, you don’t have the luxury of just focussing on one thing.”

“I think that what Hillary presents is a recognition that translating values into governance and delivering the goods is ultimately the job of politics, making a real-life difference to people in their day-to-day lives,” he said.

Obama, who remains very popular within the Democratic Party, has said he will not endorse a candidate in the primary but has admitted he is watching closely to see who will succeed him.

All three Democrats in the race – Clinton, Sanders and former Maryland Governor Martin O’Malley – were set for a prime-time opportunity to make their closing arguments on Monday night in a nationally televised town hall meeting on CNN due to begin at 9 p.m. EST (0200 GMT).

The candidates were set to appear individually on stage, fielding questions from the moderators and trying to make their final pitches ahead of the Iowa voting.

In the interview, Obama took issue with comparisons being made by pundits between himself and Sanders. The Vermont senator is often described as an underdog candidate who excit’s young voters and draws larger crowds – as Obama did in his come-from-behind primary win in 2008.

“I don’t think that’s true,” Obama’said when asked whether Sanders reminded him of himself. However, Obama did note that Sanders had the “luxury of being a complete long shot and just letting loose,” while “Hillary came in with the both privilege — and burden — of being perceived as the front-runner.”

REPUBLICANS GRAPPLE FOR BIG IOWA FINISH
On the Republican side of the nomination fight, the battle for endorsements and voters gathered pace.

Senator Marco Rubio of Florida appeared at a Des Moines rally with Republican Senator Joni Ernst of Iowa, who told the crowd she was not endorsing a candidate but called him “someone who is very near and dear to my heart and a good friend to me.”

Taking questions from reporters after the event, Rubio expressed confidence in a solid finish in Iowa. Given his current place in the polls, finishing third would likely be portrayed as a victory for Rubio.
“We feel very positive about it,” he said. “We feel a real good vibe here.”

Iowa’s other senator, Chuck Grassley, raised eyebrows on Saturday when he appeared at a Donald Trump event. Grassley stressed he was not providing a formal endorsement.

U.S. Senator Ted Cruz of Texas picked up the endorsement of former Texas Governor Rick Perry, who dropped out of the presidential campaign last year after failing to gain traction. This was a first endorsement by a former governor for Cruz, who has received no endorsements from sitting senators despite serving in the chamber.

Opinion polls show Trump, a real estate mogul, and Cruz locked in a tight battle to win the Iowa voting.

Trump launched a video on Facebook arguing that the “establishment” is trying to undermine his campaign – a direct response to recent attacks by Cruz that he is part of the establishment.

Being dubbed part of the establishment has taken on a strong negative connotation in the Republican campaign as candidates presenting themselves as outsiders have risen in the polls. The video got more than 370,000 views in the first three hours.