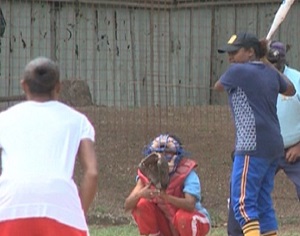 The Port Moresby Women’s Softball Association (PMWSA) will resume their 2015/2016 season on January 16 after having only played two games in round one last year.

This year’s competition will see a total of 18 teams participate for a total of 12 weeks.

PMWSA President, Jenny Paak, said the competition was delayed due to the Pacific Games, but is ready to continue the season proper.

The teams competing in the 2015/2016 season are Yokomo, Moni Plus, Gazelle, Chebu, Admiralty, Stingerz, United Sisters, Bears, Wantoks and the Wolves.

Reigning champions Stingerz remain crowd favourites but Paak said it is anybody’s game, as there have been many player movements during the break.

The women’s softball season begins on January 16 and will be played over a total of three months before finals take place over the Easter period. The junior’s competition is expected to follow straight after.