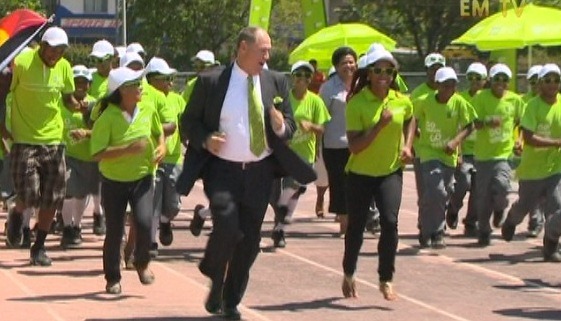 Sport and Pacific Games Minister Justine Tkatchenko was all praise for BeP’sayingtheir choice to backthe games is a wise choice.

BeP Group CEO Ian Clyne was as enthusiastic as ever to get tothe finishing line to show thatthe successful completion ofthese games is BeP’s goal and commitment.