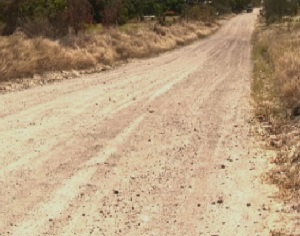 The people of Porebada in the Hiri West area of Central Province will soon have their roads resealed after the signing of a contract today.

When presenting the contract document to the Director of Eastpac Limited, Melvin Ghwee, Mr Raga said it was the government’s intention to complete the project on time and within budget.

The resealing project will cover five kilometres of the Porebada road, from the junction, and will include Koderika.

The project is set at a cost of close to K10 million with the funding sourced from the Infrustructure Development Grants from the PNG LNG Project for impact areas.

The resealing will make travelling easier for the over 8,000 people of Porebada and Koderika villages.

Work is expected to commence soon and will take three months to complete.