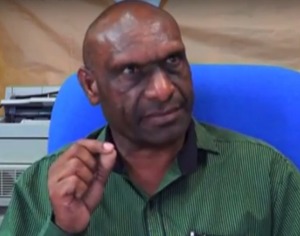 Police Union has issued a stern warning to the Government to stop interfering with the Royal Papua New Guinea Constabulary.

They have received credible information that there are moves to replace the current Police Commissioner, Gari Baki.

The Union says it is tired of the constant change of Police Commissioners.

The Police force is on standby to withdraw operations nationwide, if the government continues to interfere with the Constabulary.

The Union is concerned that what is currently happening in the Correctional Service and PNG Power Limited, will happen to them.

Police union President, Lowa Tambua said that for the last five years, the Police Force have seen career persons appointed as commissioners, and later replaced without any valid reasons.

He said the changes have created instability among the members of the Constabulary that can lead to insecurity.

The Union is putting their trust on Commissioner Baki, and said this is not the right time to remove him.

They said Baki is spear heading the Police Modernisation Program, and has also embarked on removing corrupt practices in the force.

Meanwhile, the Union’s General Secretary, Clemence Kanau is calling on the Police around the Country to be on standby.

He said they are making a unanimous decision to be vigilant to fight for the good of the country.

The Union is calling on the government to refrain from causing instability, instead provide security for the people and the upcoming International events.