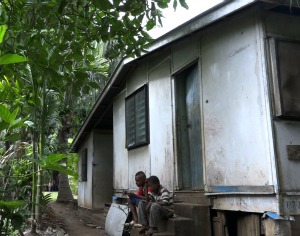 Lae and Madang are facing serious problems at present in relation to crime, with the need for a greater police presence more evident than ever.

However, a chronic housing shortage in both towns will continue to be a problem in regards to increasing police presence.

There simply aren’t enough houses available to cater for an increase in staff, both in Lae and Madang.

On August 7, the wives and partners of police officers in Madang called for housing conditions to be improved. This most notably needed at Madang’s Jomba Police Barracks.

In Lae, similar housing problems also are crippling the constabulary. This was bought to a head when a contractor, who was tasked with a K2.5 million upgrade of housing, failed to complete the work after four years.

The Police Commissioner is asking the contractor why the houses haven’t been completed.

“When funding was a problem, no one didn’t check when the construction stopped,” said Police Commissioner Baki.

The housing problem has a chain reaction that affects the whole operation of the Papua New Guinea Royal Constabulary around the country.

Without houses, personnel can’t be rotated around the country to maintain a fresh presence.

Effective police work is subsequently compromised, when the people get accustomed to the person wearing the uniform.

While the government is keen on increasing police numbers, housing will continue to be a problem if funds aren’t made available to build these required dwellings.

Focus on the Forum family for Secretary-General Henry Puna