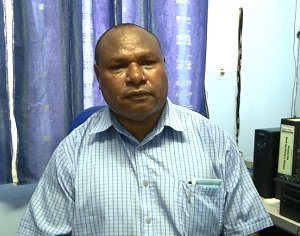 A senior police officer who was on the run from the Police for smuggling Betel-Nut into Port Moresby was apprehended and charged by police today.

Senior Constable, Chris Wass, was arrested by police at midday today, and is now being detained at the Boroko Police Station.

The senior police officer, who is attached to the Bomana Dog Unit, was slapped with four charges for infringing the city wide Betel-Nut ban policy.

According to police reports, the officer smuggled 32 bags of Betel-Nut and 2 parcels of mustard into Port Moresby.

The officer was an accomplice of three civilians who were caught by police last month.

The officer was charged for assaulting a civilian with a louvre blade frame at Badili Vocational Centre last month.

According to Police authorities, tougher laws will be placed on police brutality cases and misconduct of office by rogue police officers.

New Ireland Province to Continue Partnership with Churches for Development