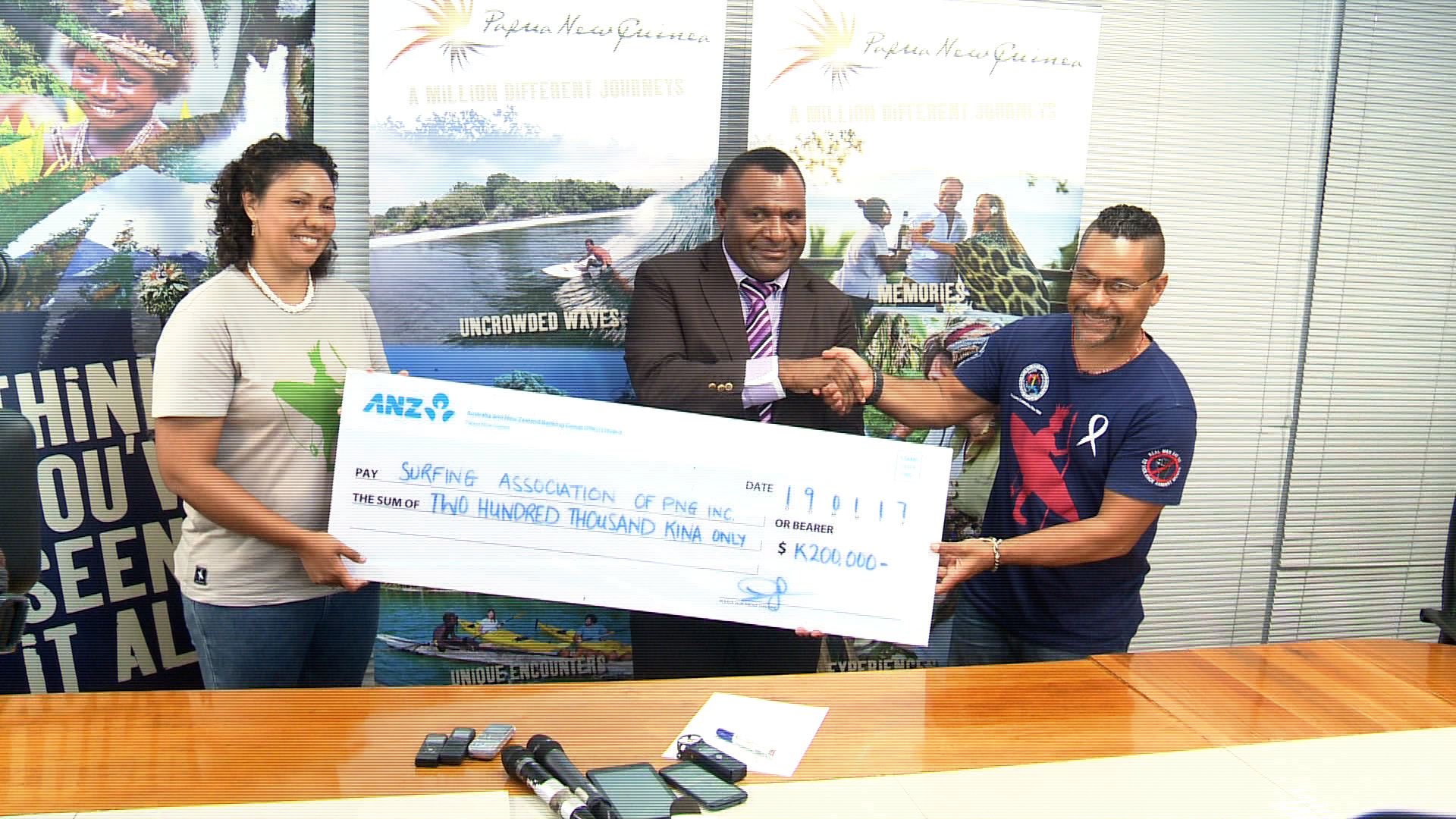 CEO of Papua New Guinea Tourism Promotion Authority, Jerry Agus, on behalf of the Tourism Minister, acknowledged the work of Surfing Association of PNG around the country, and their contribution to local land custodians.

He said PNG TPA is hoping to cause similar effect to what it did during the FIFA U-20 Women’s World Cup Papua New Guinea, in promoting the country through its cultural diversity.

He said, for SAPNG to secure the World Surf Tiles in the country is a huge boost to promote the country, and the economic benefits that it will bring.

SAPNG President, Andrew Abel, said PNG will have the opportunity to not only host one of the biggest events in surfing for the first time, but also showcase Papua New Guinea, its cultures and diversity, to the world.

He said the event will see 36 top male surfers, and 18 best of the world’s women surfers set foot on PNG soil.

SAPNG Secretary, Sylvia Pascoe, said preparations on the site for the event are going well, and World Surf League bodies will be in the country in a few days to travel to Tupira to test the waves.

She said the setup of stage, and grand stand are underway, and other traditional activities will also be provided for side entertainment for visitors that will visit Tupira.

Also in line with the world surf league, SAPNG came up with a side event, for wooden surf boards, where local young children will go against the World’s Best suffers to compete using the wooden boards, on the waves of Tupira.

World Surf League that is due to start on the 18th March, and finish on the 25th is expected to attract at least 120 million viewers worldwide.